Political noise? Markets don't care - it's all about growth

One of the biggest mysteries in global markets so far in the Trump era is the historically low level of volatility that has prevailed despite all the turmoil and uncertainty that analysts warned his victory would unleash. 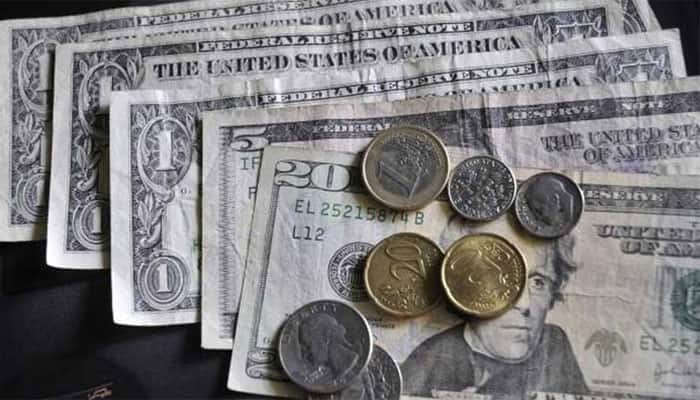 London: One of the biggest mysteries in global markets so far in the Trump era is the historically low level of volatility that has prevailed despite all the turmoil and uncertainty that analysts warned his victory would unleash.

The best explanation may be the most mundane: the global economy`s growth is at its most steady and predictable for decades, since recovering from the financial crisis, trumping any short-term political surprise, even in the White House.

Crucially, the economic recovery and consequent stability hasn`t been built on a borrowing binge, suggesting the low volatility climate can continue - with episodic spikes - even should there be more political shocks in store, such as in Dutch, French or German elections this year.

As a result, investors are likely to feel encouraged to continue seeking out riskier assets that offer relatively high returns, thereby supporting the rally that has broadly prevailed since 2009 in markets such as stocks and corporate bonds.

Volatility in global growth is the biggest single driver of financial market volatility, according to JP Morgan. And since recovering from the 2007-09 crisis, growth has been steady and predictable almost to the point of boring.

The recovery has been built on the foundations of steps taken by policymakers since the crash, not least the trillions of dollars of central bank stimulus and the rebuilding of the shattered banking system.

"This is a very stable world economy. It`s never been so stable, and this is why the market is so stable and risk premia so low," said Jan Loeys, head of global asset allocation at JP Morgan.

"Markets reflect fundamentals, and if the fundamentals are stable, asset prices will become less volatile," he said.

According to the World Bank, annual global growth since 2011 has hovered in a fairly narrow 2.3 to 3 percent range. The International Monetary Fund`s measure pegs it in an even tighter 3.1 to 3.5 percent range since 2012.

And if both institutions` estimates are met, 2017 will be yet another year of growth being stuck within these narrow parameters.

That`s the lowest level in at least 40 years.

The level of borrowing today is far removed from the period leading up to the crisis.

Over the last five years, annual private sector credit growth, excluding financial institutions, has been around 6-8 percent globally, according to JP Morgan. In the five years up to 2008, it had virtually doubled to around 13 percent.

This lack of `leverage`, thanks to governments` and banks` post-crisis caution in over-extending themselves, suggests the "Goldilocks" backdrop of low volatility and rising asset prices can continue.

As a result, many closely-watched measures of market volatility are anchored near their lowest levels on record.

The VIX index is a measure of implied volatility in U.S. stock markets - Wall Street`s so-called "fear index". It`s around 12 percent, and has rarely been lower in its 26-year history.

It`s a similar picture in Europe where the benchmark index of euro zone market volatility is around 15 percent, which is also one of the lowest points in its history.

Ultra-low volatility and a fairly predictable world economy runs counter to the narrative that Trump`s divisive policies on key issues such as immigration and world trade, would send markets into spin.

That hasn`t happened, although the media noise on Trump`s potentially negative impact on world markets hasn`t diminished either.

"If politics weaken growth, volatility will rise," Deutsche Bank`s George Saravelos and Rohini Grover wrote in a note on Tuesday. "But so long as the current unusual confluence of strong data but uncertain politics continues, volatility is likely to stay subdued."

Research by equity analysts at US bank Citi shows that stock market volatility around the world is below the 10-year median. It`s especially low in France, Britain and the United States, where it is more than 50 percent below the median.

The analysts say this is largely down to the loose monetary policy central banks have implemented since the crisis, which has boosted all assets and dampened volatility everywhere.

They note that volatility tends to fall in a rising market and vice versa. Wall Street has risen more than 250 percent from a March 2009 low, notching a string of fresh record highs in recent weeks.

A more stable fundamental backdrop has helped depress market volatility, the analysts added. Global company earnings volatility has been low throughout the post-crisis recovery - consistently 5 percent or lower over the past five years.

In the past 20 years, there have been only two significant bouts of earnings volatility of 15 percent and higher, or global recessions. They coincided with the market crashes of 2000-02 and 2007-09.