Both China and the US have had their growth forecasts lowered. 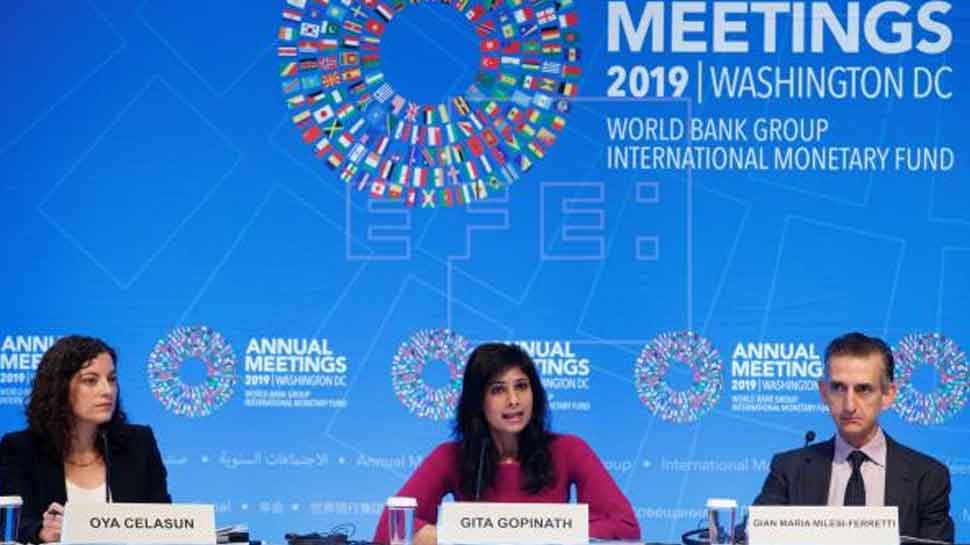 Washington: The trade war between the United States and China will drag the global economy down with the gloomiest growth forecast for 2019 and 2020 since the financial crisis, warned the International Monetary Fund.

The report added that the slowdown in global growth is partly linked to and easing of monetary policy in advanced and emerging economies.

Both China and the US have had their growth forecasts lowered.

"A notable feature of the sluggish growth in 2019 is the sharp and geographically broad-based slowdown in manufacturing and global trade," the economist added.

The decline of China`s growth rate is not exclusively due to tariff hikes but also reflects the lower domestic demand after measures to curb debt were rolled out.

The detrimental effects of trade uncertainty have affected investment although employment and consumption are stable thanks to policy stimulus, the report added.

The struggle between Washington and Beijing, which has been going on for more than a year, is having an increasingly international impact.

By 2020, the commercial war between the two will reduce global GDP by 0.8 per cent, according to the agency`s calculations.

"In the euro area, growth has been downgraded due to weak exports, while Brexit-related uncertainty continues to weaken growth in the United Kingdom," the report added.

Some of the most considerable growth downgrades are in advanced Asian economies including Hong Kong, Korea and Singapore due to China`s slowdown and the spill-over effects of the trade war, the fund said.

Japan will continue to experience very low growth rates, with a forecast of 0.9 per cent in 2019 and 0.5 per cent in 2020, while Latin America`s economy is expected to stagnate this year with a GDP for the entire region of 0.2 per cent.

Two of the continent`s major economies, Brazil and Mexico, are expected to grow less than in 2018 which paired with the crisis in Argentina and Venezuela explain the low GDP growth forecast for Latin America.

Other countries that will have weaker economies are Russia, with an estimated growth of 1.1 per cent this year and 1.9 per cent next year, and Saudi Arabia with just 0.2 per cent projected growth for this year due to low oil prices

"At 3 per cent growth, there is no room for policy mistakes and an urgent need for policymakers to cooperatively deescalate trade and geopolitical tensions."