Grealish has been crucial to the sixth-placed Championship side`s push for promotion to the top flight, with four goals and five assists this season. 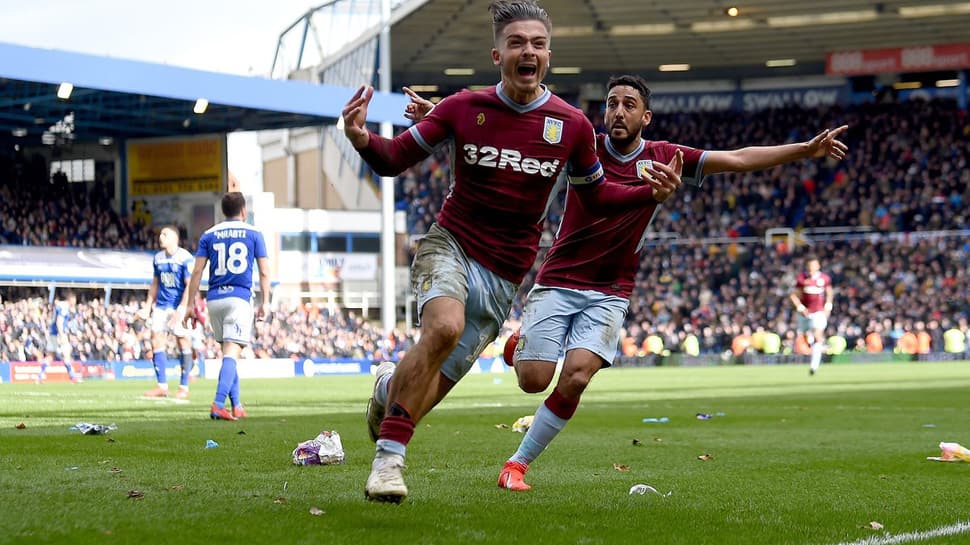 England manager Gareth Southgate has said that Aston Villa midfielder Jack Grealish, who plays in the second-tier Championship, needs to prove himself in the Premier League to make his senior national team debut.

Grealish, 23, switched allegiance from Ireland to England in 2015 and played seven times for the England Under-21s. But he has now seen younger players such as Declan Rice, 20, and 18-year-old Callum Hudson-Odoi given England debuts ahead of him.

"Jack worked with us in the Under-21s briefly," Southgate told reporters. "Although we can see the quality when the evidence of the opponent is a different level, that`s where it`s hard to directly correlate what that`s going to look like at a level above."

"I`m not going to say we won`t pick a player from the Championship because that could happen but it`s far more difficult to assess his level."

Grealish has been crucial to the sixth-placed Championship side`s push for promotion to the top flight, with four goals and five assists this season.

He last played in the Premier League in 2016 when Villa were relegated after finishing bottom of the standings.

"You see certain parts of the game but not others (in the Championship). Not the physicality at times, nor the tactical discipline," Southgate said. "That`s another level in the Premier League: the speed, the pace."

"He`s a player we know all about, he`s a player we track, but that last bit of evidence that could give you the confidence to pick him at the moment we won`t see. But as an ex-Villa man, I hope it`s not too long before we do see it."

Grealish made headlines earlier this month, scoring the winner in a heated 1-0 derby win at Birmingham City when he was attacked by a pitch invader who was later jailed for 14 weeks.