Farmers in states like Rajasthan, MP, UP and Haryana have been demanding a number of provisions including implementation of minimum income guarantee scheme and loan waivers. 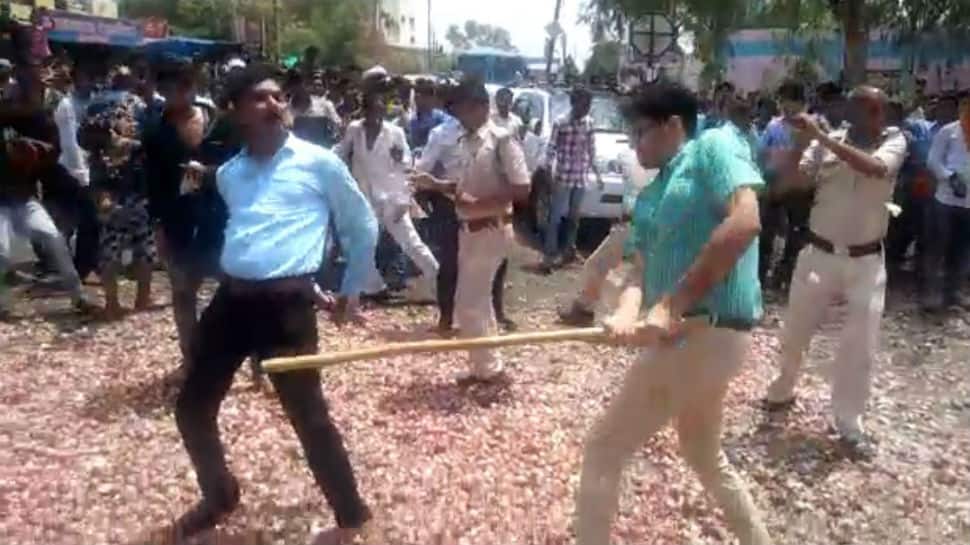 Jaipur: Police resorted to lathicharge after clashes erupted with protesting farmers here on Friday. The farmers in Jaipur, like others in states like Punjab and Madhya Pradesh, have been threatening to cut supplies unless their demands are met.

Farmers in several states have been demanding - among other things - a minimum support price (MSP) for their crops and loan waivers. In Jaipur, several farmers dumped vegetables and fruits, and poured milk on the streets. The situation soon flared up with cops resorting to lathicharge in order to bring the situation under control. Hundreds of protesting and sloganeering farmers were hit and many resorted to hurling back vegetables at the cops as a reaction.

Clashes erupt between protesting farmers and police in Jaipurhttps://t.co/0YXannMt6b pic.twitter.com/L6tjAY0x36

According to news agency PTI, a decision to stop supplies starting from June 1 till June 10 was taken by farmers under the banner of Kisan Ekta Manch and Rashtriya Kisan Maha Sangh. The two organisations represent 172 farmer bodies. Balbir Singh Rajewal, president of Bharat Kisan Union also said that farmers have been told not to send supplies to cities but can sell in villages. He has blamed central and state governments for not acting to prevent farmer suicides and for not implementing minimum income guarantee scheme and recommendations of Swaminathan Commission report.

Several farmer unions have now called for a 'Bharat Bandh' this Sunday. This is likely to have an impact on states like Rajasthan, Haryana, Uttar Pradesh and Madhya Pradesh.