According to Assistant Fire Officer Usha Sharma, the marriage decoration sets were completely gutted in the incident. 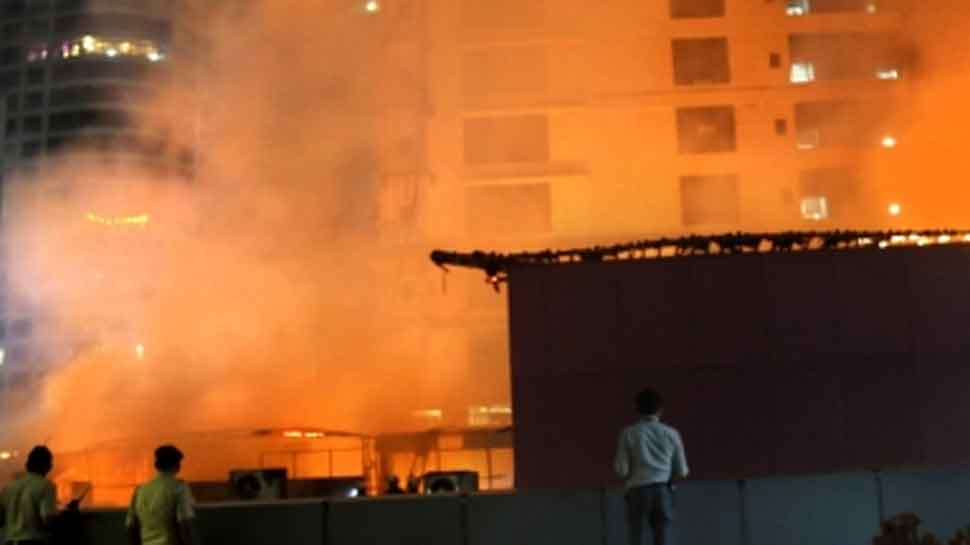 JAIPUR: A huge fire broke out at one of the marriage lawns at Entertainment Paradise Multiplex Cinema in Jaipur today, following which the lawn was seeled, the police said.

However, no loss of life was reported in the accident, they said, adding nearly 20 fire tenders were rushed to douse the fire.

According to Assistant Fire Officer Usha Sharma, the marriage decoration sets were completely gutted in the incident.

Soon after the incident, Jaipur Mayor Ashok Lahoti gave orders to seel the marriage garden where fire broke out and constituted a committee to probe the matter.

"A committee has been constituted to investigate the reasons that led to the incident and whether the fire safety norms were followed," Lahoti told PTI.

The committee will also submit a detailed report on fire safety norms compliance by other marriage gardens as well, Lahoti added.

The fire apparently broke out due to sparks of iron welding machine, which soon engulfed the entire lawn, the police said.

No case has been registered in the matter, Munshi Lal, the investigating officer in the case, said.