Appearing for the Centre and Jammu and Kashmir, Attorney General KK Venugopal and Solicitor General Tushar Mehta told the court on Thursday that all essential services like healthcare, schools and colleges, communication and public transport were running smoothly and most residents were happy with the newly conferred rights. 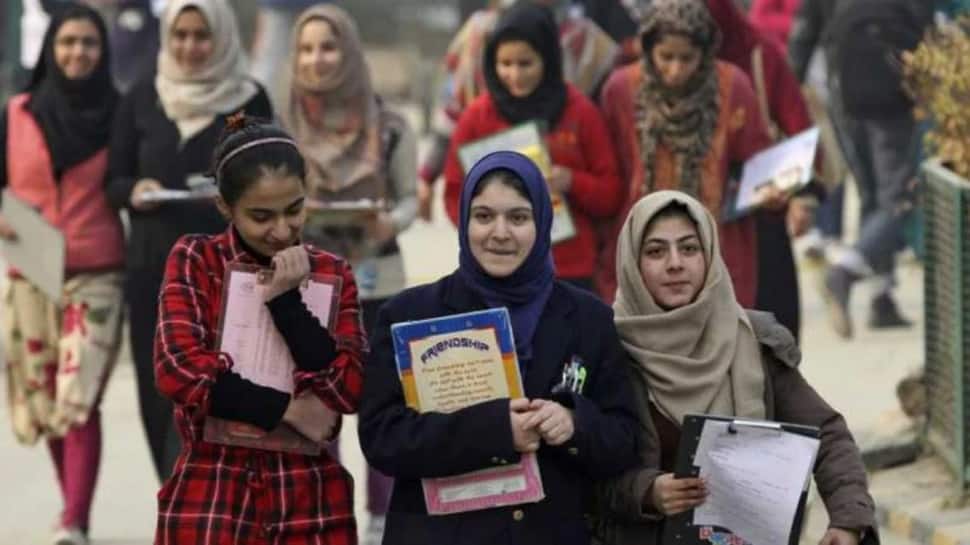 New Delhi: Refuting allegations that rights of millions of people living in Jammu and Kashmir were violated after the Centre's decision to scrap Article 370 on August 5, the newly-formed UT administration told the Supreme Court that while not even a single life had been taken from the people, the scrapping of special status ensure several rights for the citizens for the first time in 70 years.

Appearing for the Centre and Jammu and Kashmir, Attorney General KK Venugopal and Solicitor General Tushar Mehta told the court on Thursday that all essential services like healthcare, schools and colleges, communication and public transport were running smoothly and most residents were happy with the newly conferred rights.

He said that not a single person lost his life because of restrictions imposed since the scrapping of Article 370 on August 5. He refuted charges of Opposition leader Ghulam Nabi Azad that life in Jammu and Kashmir had been paralysed since August 5, saying a wrong impression had been created since there was a complete clampdown in the region.

He also referred to statistics on killing and terror attacks in the Valley post-1990, when Kashmiri Pandits were forced to leave their homes in Valley, to justify the Centre's decision of scrapping of Article 370. "Since 1990, at least 41,866 persons lost their lives in 71,038 incidents of terrorist violence. This includes 14,038 civilians; 5,292 personnel of security forces and 22,536 terrorists," he said in the court.

On November 20, Union Home Minister Amit Shah said that the situation in Jammu and Kashmir is normal, adding "Not one, among the 195 police stations have imposed Section 144 at the moment." Shah said that after August 5, the day when Artice 370 was abrogated from J&K, not even a single person has died in police firing. "People in this House were predicting bloodshed, but I am happy to inform that no one has died in police firing, and incidents of stone-pelting have also declined," he added.

1. There has been no loss of life on account of any police firing after 5th August in law & order incidents.

2. Orders under section 144 CrPC have been removed from all 195 [plus 7 in Ladakh = 202] Police Stations. Restrictions are imposed at some places in the night.

5. All hospitals and medical centres are open in the valley. For example, in Srinagar city, a total of 7,67,475 OPD patients were treated in September 2019 while this figure was 7,91,470 in October 2019. Medicines, food for children etc. is sufficiently available.

7. The Government, for the first time, intervened in purchasing of apples through NAFED which has procured 8960 metric tons of apple at a cost of Rs.38 crore approx. till now from those farmers who are not able to sell their apples.

9. 280 e-terminals, with internet facilities for the public at large, in all 10 districts of the valley have been arranged. This has benefited more than 2 lakh people so far.

In order to facilitate students, contractors, Govt. offices, tourists etc internet facilities have been provided to them at the offices of all Deputy Commissioners. In addition, to it 64 special counters have been established at prominent hotels/ offices of District Srinagar, Anantnag (Pahalgam) , Baramulla (Gulmarg) and Ganderbal (Sonamarg) to cater the needs of tourists. Details are given here as under:-

10. All newspapers are being published in both English and Urdu in the valley. All TV channels and radio programs are also being broadcasted. [Except for the Petitioner who chose not to publish from Kashmir].

11. There is no shortage of essential supplies, banking services are functional and food items as well as other essential commodities are in sufficient stock across the region and are being purchased regularly.

12. Nearly all shops and markets are open in most of the areas in the Valley.

13. All Government offices and courts are fully functional. Since 5th August people have filed about 36492 cases in the region and around 52,096 cases have been disposed of off by courts, including the lower judiciary and the Hon’ble High Court.