A case has been registered in the matter. 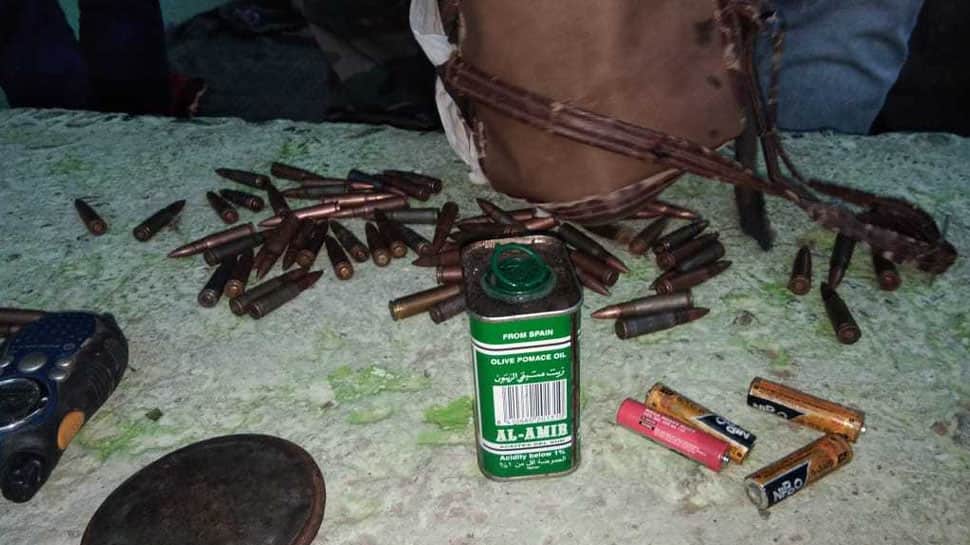 Doda: The troops of Rashtriya Rifles (RR) along with the Jammu and Kashmir Police on Friday morning recovered a cache of arms and ammunitions from Doda district of Jammu and Kashmir. A case has been registered in the matter.

Army spokesman from the RR headquarters, based at Bhadarwah, said that acting on input about the presence of firearms and possible movement of suspects, troops of RR from Gandoh location along with sleuths of police from the Gandoh Police station launched a joint operation in Chilli-Balla area of Bhallesa late on Thursday night.

"During the search operation of Dhoks and houses in the first light of Friday, a cache was busted and arms and ammunition were recovered from the cowshed of a house owned by Abbas Ahmed of Chilli-Balla," he added.

The spokesman informed that during a search of the cowshed, 64 live rounds of AK-47, one round of SLR, one Motorola radio set, Batteries, besides parts of AK-47 and 12-bore gun have been recovered. In this regard, a case under section 7/25 of Arms Act has been registered at Gandoh PS and further investigation has been initiated.