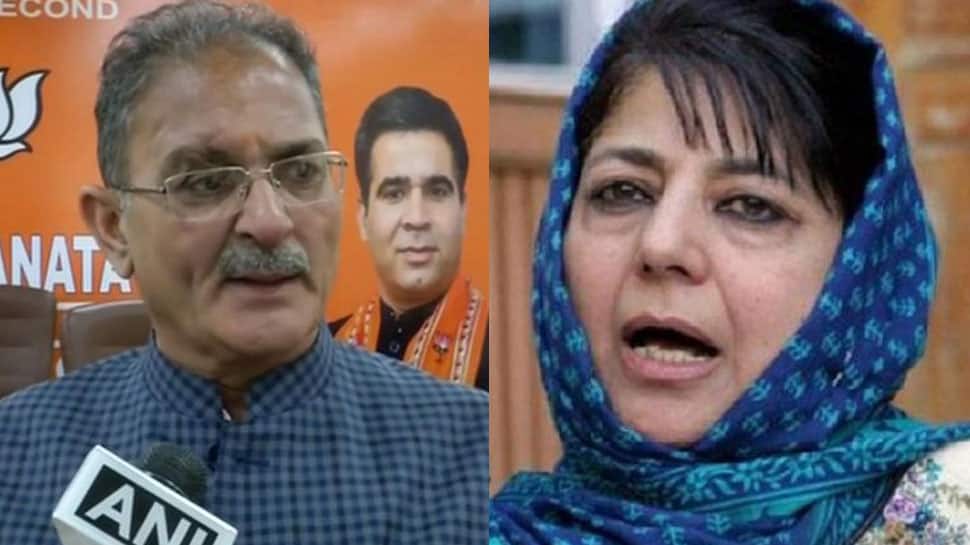 JAMMU: A BJP leader from Jammu and Kashmir has called for arresting the state's former chief minister and PDP chief Mehbooba Mufti over her constant support to Jamaat-e-Islami, which was recently banned for alleged anti-India activities.

Kavinder Gupta, the former deputy chief minister of J&K has even called for banning madrasas because of the illegal activities performed there and spreading terrorism in the state.

“Bangladesh, Afghanistan and other nations banned madrasas because of (their) illegal activities. Similarly, if efforts to spread terrorism are made in Kashmir, they should be banned here too,” Gupta told ANI on Wednesday.

For good measure, he added, “If Mehbooba Ji supports Jamaat-e-Islami, then she too should be arrested.”

Kavinder Gupta, BJP: Bangladesh,Afghanistan & other nations banned madrasas because of illegal activities.Similarly if efforts to spread terrorism are made in Kashmir,they should be banned here too. If Mehbooba Ji supports Jamaat-e-Islami,then she too should be arrested. (6.3.19) pic.twitter.com/8NpCDpCi1D

Gupta made these remarks in the light of reports that the PDP chief participated in a rally against the Centre's ban on Jamaat-e-Islami in J&K.

Protesting the ban, Mufti had on Wednesday said, “We want that the ban must be lifted. We’ll go to the district level now, then we will go to every segment. Elderly people who have been arrested must be released.”

The government last week declared JeI as “an unlawful association whose activities have the potential of disrupting the unity and integrity of India,” and banned it for five years under anti-terror laws.

In addition, three leaders of Jamaat-e-Islami were arrested and nearly a dozen assets sealed during raids across six districts of Jammu region on Sunday.

The day-long raids on the offices and houses of Jammat leaders and activists were conducted in Kishtwar, Doda, Ramban, Poonch, Rajouri and Jammu districts, during which a large number of incriminating documents were seized for scrutiny, a police officer said.

Abdullah made the remark attacking Gupta for his reported remarks that madrasas breed terrorists.