BJP confident of India's win at UNHRC on Jammu and Kashmir

BJP maintains that abolition of special status of the state and it`s bifurcation was done through a Parliamentary process, which is an internal matter of the country. 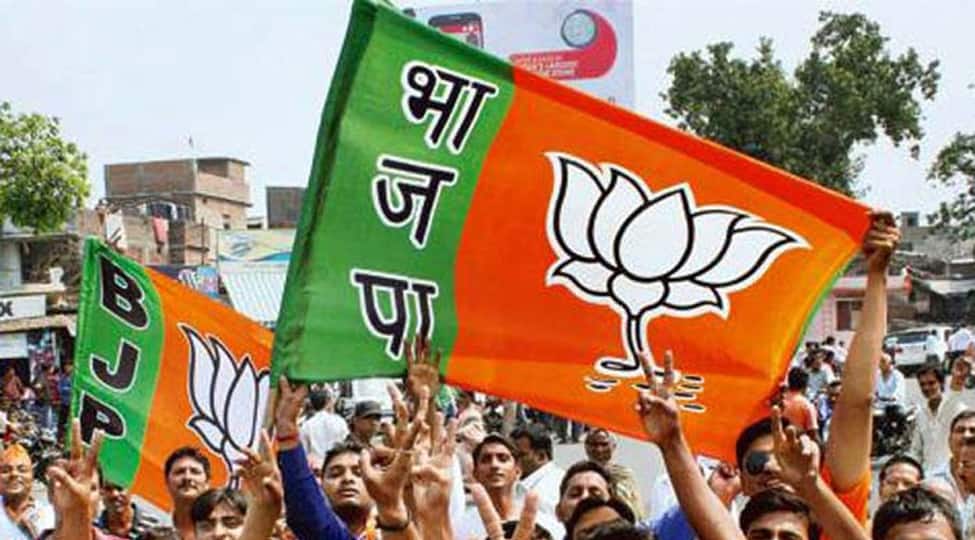 New Delhi: As India faces the litmus test over Jammu and Kashmir at the UN Human Rights Council (UNHRC), the ruling BJP is confident that the global body will appreciate India's position against Pakistan`s canards.

The BJP, which is making its case on J&K domestically, maintains that abolition of special status of the state and it`s bifurcation was done through a Parliamentary process, which is an internal matter of the country.

"Parliament passed a resolution with near unanimity that backed India`s decision (to abrogate Article 370). The mood of the nation is with the government. So when the matter will be taken up at UNHRC, India`s unanimous voice will be duly taken cognizance of and India`s position of Kashmir will be appreciated by the global community," said Vinay Sahasrabuddhe, BJP MP and head of think tank Public Policy Research Centre.

Pakistan is trying to internationalise the issue of Jammu and Kashmir by raking it up at UNHRC. Its Foreign Minister Shah Mehmood Qureshi will be in Geneva to raise the matter at the UNHRC session starting on Monday.

"Our position won`t change at the UNHRC. Kashmir is an inalienable part of India and the decision to abrogate Article 370 is an internal matter and will remain the same at UNHRC, " the BJP leader assures.

The BJP has already hit the ground explaining government`s decision to the electorate and making a strong case of India`s stated position that it`s an `internal matter` of India and if any thing has to be sorted it must be done bilaterally.

Prime Minister Narendra Modi himself in a BJP rally on Sunday referring to India`s aggressive stance on Kashmir said, "India can now challenge any challenge (thrown at it)".

Pakistan has been trying to internationalize the issue of India abrogating Article 370 of the Constitution and tried to create an anti-India narrative at UNSC in August. However, it had failed as France, Russia and US threw their might behind India.

Since the August 5 when Article 370 was scrapped, Foreign Minister S. Jaishankar has been on massive outreach program. He travelled to China, Belgium, Poland, Russia, Hungary, Indonesia and the Maldives, to explain the Indian Government`s stated position on Jammu and Kashmir.

He has reached out to Indian Ocean Rim Association nations. So much so, he has also reached out to South Africa, Fiji, Australia and the Philippines over the phone.

The goal was simple -- to defeat Pakistani intention. Prime Minister Narendra Modi has given him the task to convince UNHRC members that Kashmir is an internal matter of India. And in pursuit of that, the Indian diplomatic effort has been aggressive, to say the least.

But Pakistan, isn`t sitting idle. Qureshi and his team in Geneva will explore two options -- either call for an urgent debate or move a resolution citing alleged human rights violations in Kashmir. In the first case, it has to be initiated by writing letter. But in both cases, it will have to pass the majority test. And Jaishankar`s efforts will come in play in that moment when Pakistan will have to get majority of the countries on its side to sail through its agenda.

India has also sent its best team possible to UNHRC.

Shamed domestically and earlier red-faced at UNSC, Pakistan will leave no stone unturned to bring some comfort at UNHRC. But New Delhi has upped the diplomatic game so high that Pakistan will be forced to return home red-faced this time as well.