Cylinder blast in car near CRPF convoy on Srinagar-Jammu highway

As per reports, a convoy of CRPF personnel was passing by the area when the blast took place. 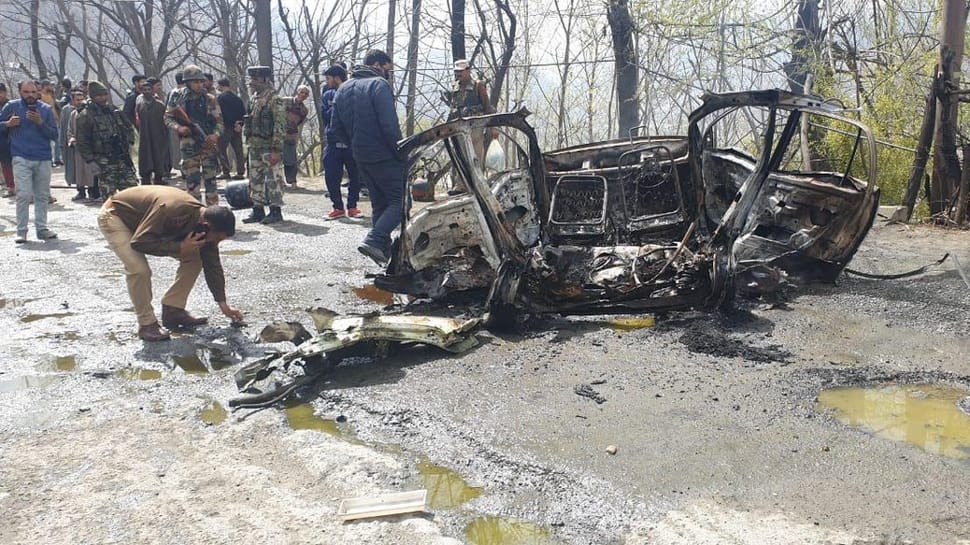 Srinagar: A blast was reported on Saturday in a car in Banihal in Jammu and Kashmir's Ramban district. The mysterious blast has happened in a Santro car on the Srinagar-Jammu highway near Banihal which is across the Jawahar tunnel.

As per reports, a convoy of CRPF personnel was passing by the area when the blast took place. The driver of the lone car has fled from the scene. Hunt to nab him is on.

The explosion is believed to be a cylinder blast. No casualties have been reported so far.

Banihal Police said that the accident happened after the cylinders kept in the car leaked and then caught fire. The investigation is underway.

"Today around 1030 hrs, an explosion took place in a civil car near Banihal, J&K while CRPF convoy was on move. The car caught fire and slight damage was caused in the rear of one of the CRPF vehicle. No injuries were caused to CRPF Personnel. Incident being investigated," CRPF said.

The incident comes just a month after the ghastly Pulwama terror attack that claimed lives of 40 CRPF personnel. The paramilitary men were killed after an explosive-laden truck rammed into their convoy on February 14. The terror attack was claimed by Pakistan-based Jaish-e-Mohammed (JeM).