This was the last video sent by CRPF head constable Sukhjinder Singh of 76 Battalion to his wife just before the attack. 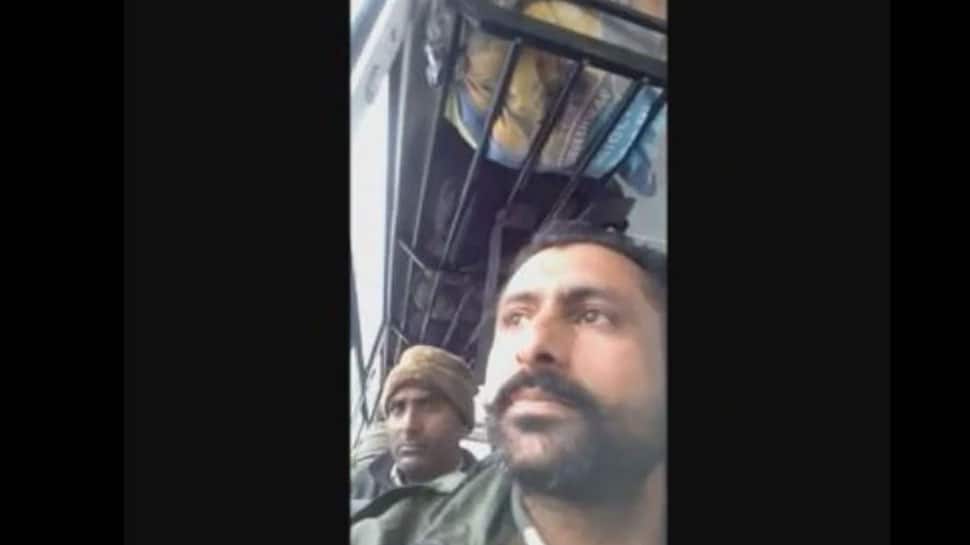 NEW DELHI: Just minutes before the suicide attack on a CRPF convoy in Jammu and Kashmir's Pulwama on February 14, a CRPF braveheart had sent a video to his wife, it has now emerged.

According to reports, the slain CRPF jawan Sukhjinder Singh, belonging to 76 Battalion, from Taran Taran had sent the video just minutes after boarding the ill-fated bus.

This video, which was shot during the journey, shows the national highway through which the CRPF convoy was passing.

The bus carrying CRPF personnel was later attacked by a Jaish-e-Mohammed (JeM) suicide bomber who rammed his explosives-laden vehicle into the bus killing several troopers and critically injuring several others.

Singh had sent the video to his wife just before the attack on the same day (Thursday, February 14) but his wife saw it on the next day - Friday.

This was also the last video sent by Singh to his wife, which she later shared with media persons.

Singh was among the 40 CRPF personnel who were killed in what was the worst suicide attack on the security forces in the last two decades of militancy in Jammu and Kashmir.

He is survived by his wife, a seven-month-old son, and old parents.

Singh had joined the force in 2003 when he was just 19 years old and was promoted to Head Constable around eight months ago.

Ever since the deadly attack on February 14, the security forces in the Kashmir Valley have been given a free hand by the Centre to take on the Pakistan-backed terrorists and many of them have been neutralised in the past one week.

The attack on the CRPF convoy has also triggered a conflict between New Delhi and Islamabad and the international community has mounted pressure on Pakistan to act against terror networks operating from its soil.

Pakistan has, however, denied any role in the Pulwama attack.

Prime Minister Narendra Modi has warned Pakistan after the attack and the NDA government has withdrawn the Most Favoured Nation status given to Pakistan.

The government has since been using all diplomatic channels to further isolate Pakistan at the global levels.