The internet services (2G) that were suspended in the wake of Pulwama attack have been restored, barring the Jammu district. 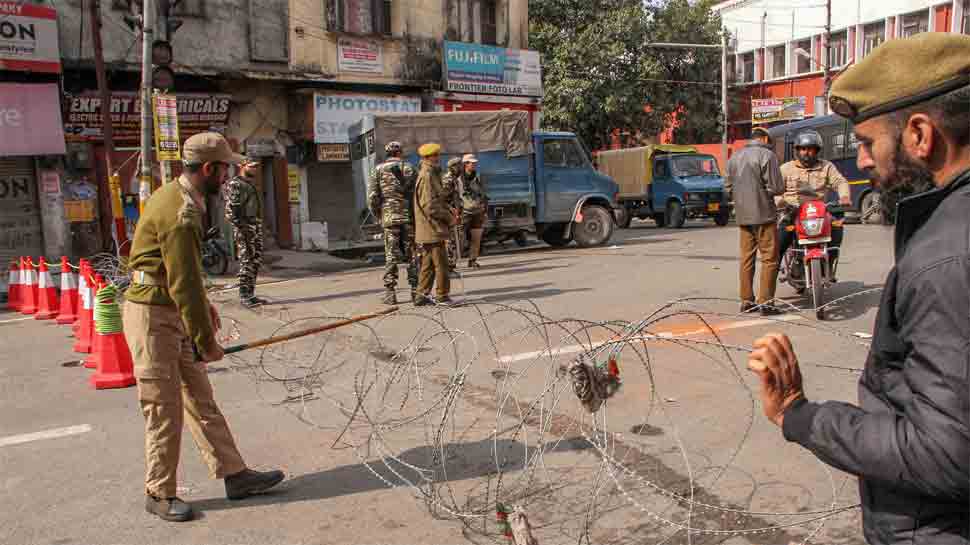 New Delhi: The district administration on Wednesday relaxed curfew for few hours — which was enforced last Friday in the wake of violent protests across Jammu after Pulwama terror attack. The curfew was relaxed from 8:00 am-11:00 am today and was later extended to 1:00 pm and finally till 3:00 pm following an improvement in the situation.

The curfew was imposed by the administration in the state after stone pelting and arson were reported from some areas during massive anti-Pakistan protests after the terror attack on CRPF convoy on February 14.
In the meantime, the internet services (2G) that were suspended in the wake of Pulwama attack were also restored, barring the Jammu district.

All educational institutes will continue to remain shut and the exams scheduled for Wednesday have been postponed. As per authorities, new dates will be announced soon by the institutions. However, officials said the examination of 8th and 9th classes would be held as per schedule on Thursday in all districts of Jammu province.

"In case of restrictions in any area, the admit cards of students and identity cards of teachers will be treated as curfew passes," the officials said. No untoward incidents have been reported ever since the curfew was imposed.

Authorities have warned of strict action against people who are uploading fake, inflammatory posts and pictures on social media. Rakesh Gupta, President of the Jammu Chamber of Commerce and Industry, told the media here on Tuesday that all Kashmiris living in Jammu were safe, adding that it was the duty of all sections of the society to stand alongside their Kashmiri brothers and sisters.

He also warned those raising anti-national slogans in Jammu.

Most of the shops and business establishments remained closed and only private vehicles were mostly seen on the road, the easing of restrictions allowed the people to come out of their homes and buy essential commodities. People in some areas complained of a shortage of vegetables, milk and ration and demanded that ATMs be made operational immediately as they are running out of cash.

Kumar said prohibitory orders under section 144 CrPC would remain in force in the entire city as a precautionary measure to maintain law and order.

Curfew was relaxed in a phased manner in the city on Tuesday and five police station areas falling in the city's south a day earlier.