The probe agency had summoned the 87-year-old Separatist leader Geelani for allegedly possessing foreign exchange to the tune of 10,000 US Dollars illegally. 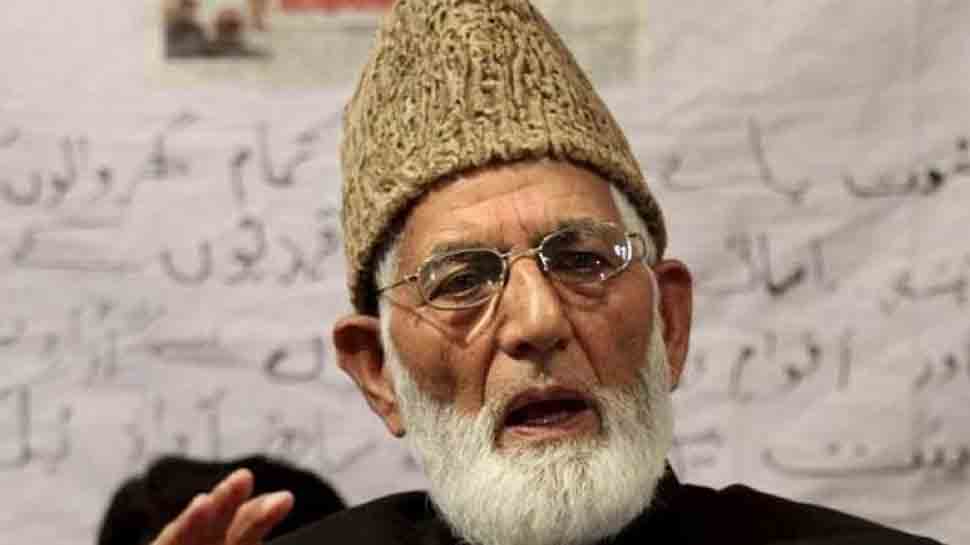 In 2017 also, the probe agency had summoned the 87-year-old Separatist leader Geelani for allegedly possessing foreign exchange to the tune of 10,000 US Dollars illegally.

Along with Geelani, the ED also imposed a penalty and confiscated the illegal acquisition of foreign exchange recovered from Yasin Malik, former Chairman of Jammu Kashmir Liberation Front (JKLF).

The adjudication proceedings against Yasin Malik are in progress. More details in this regard are awaited.

In addition, a case has also been registered against another separatist leader Shabir Shah under Prevention of Money Laundering Act (PMLA) for allegedly receiving Proceeds of Crime (PoC) to the tune of Rs 62.96 lakhs in cash through Hawala.

The PoC of Rs. 62.96 lakh was attached under the PMLA and prosecution complaint has also been filed against Shabir Shah and his associate Mohammad Aslam Vani.

Shah was later arrested under PMLA Act and is still in judicial custody.

As per the document issued by ED, the authorities have traced four properties of Shah and is conducting a thorough investigation into the matter.

Apart from Separatists leaders, the ED has also tightened the noose around the terror financing accused.In its dossier, the ED has stated that the investigation against global terrorist Hafiz Mohammad Sayed and others were conducted under PMLA on the basis of chargesheet filed by the National Investigation Agency.

"The investigation has further revealed that Zahoor Ahmad Shah Watali was raising these funds and transferring it to Hurriyat Leaders, Separatist and Stone pelters.

"More than 25 properties in the name of associates of Hafiz Sayed have been identified and one property located at Gurgaon having a registered value of Rs. 1.03 Crores has already been attached under Section 5 of PMLA on 11.03.2019. Further investigation is in progress," the document by ED read.

The name of Syed Salahuddin, who is a self-styled commander of Hizb-Ul-Mujahiddin was also mentioned by the ED in its document stating that the Pakistan government has been providing illegal funds to him.

"The ED stated that an investigation has revealed that Pakistan government has been providing illegal funds to Jammu Kashmir Affectees Relief Trust (J KART) and Relief organisation for Kashmiri Muslims (ROKM) (both located in Pakistan) and apart of these funds are being transferred to terrorist in Jammu and Kashmir through Barter Trade," the ED stated in its document.

"The investigation has revealed that Barter Trade partners of both sides were either known or related to each other and most of the registered trade entities/companies were Proxy of certain ex-militant and their family members. The financial audit of the documents of the traders and terrorists Mohammad Safi has revealed receipt of Rs. 11.26 crore in India out of which funds totalling to Rs. 10.46 crores were withdrawn in cash," the document read.

"The address of these traders has been found untraceable. Besides identification of PoC of Rs. 11.26 crore, several properties have been identified for further action under PMLA. As on date, 13 properties of Mohammad Shafi Shah and six other terrorists of Hizb-ul-Mujahideen worth Rs 1.22 Crores located in Jammu and Kashmir have been attached under PMLA on March 18," the organisation added.