Encounter underway in Pinglan in Jammu and Kashmir's Pulwama: What we know so far

The cross-firing that began on the intermittent night of Sunday and Monday is still on. 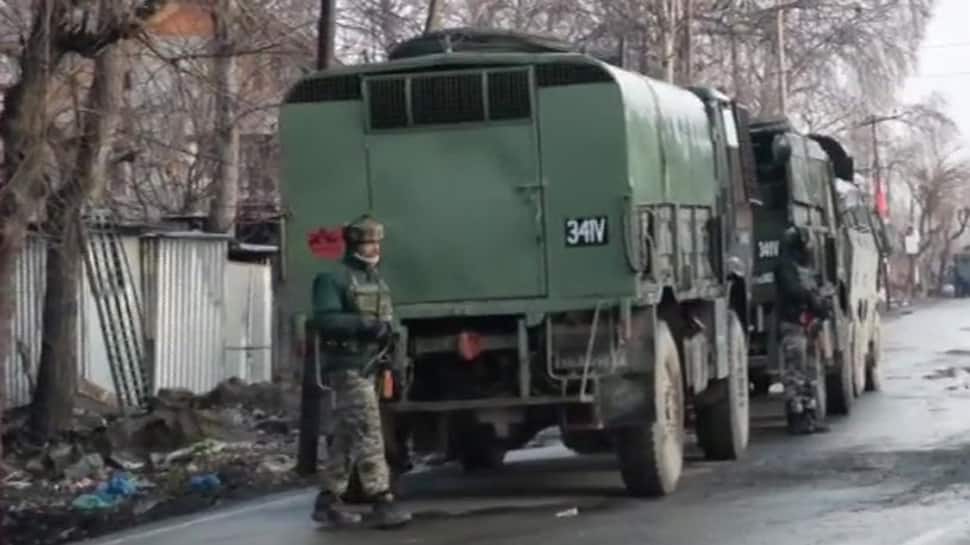 PULWAMA: Four soldiers including an Army Major were on Monday killed in an encounter that is underway between security forces and terrorists in Pinglan area in Jammu and Kashmir's Pulwama district. The soldiers reportedly belong to the 55 Rashtriya Rifles. The cross-firing that began on the intermittent night of Sunday and Monday is still on.

Here is what we know about the encounter so far:

- Defence sources claim that four soldiers, including a Major, have been killed in the encounter. A civilian was also reportedly killed but there is no confirmation so far. However, the Army is yet to confirm any casualties on the Indian side so far.

- At least two to three terrorists belonging to Jaish-e-Mohammed are trapped in the area which has been encircled by security personnel. The Army has confirmed that more terrorists are likely to be present in the area.

- Security forces had launched a cordon and search operation in Pinglan area of south Kashmir during the night after receiving inputs about the presence of militants in the area, news Agency quoted a police official. When the forces were conducting the searches, the terrorists fired upon them, triggering off a gunbattle.

- As per sources, top Jaish-e-Mohammed operative, who is believed to be the mastermind behind the Pulwama suicide bombing, is also believed to be trapped in the ongoing encounter.

- The area is under cordon and the operation is still on. Police in Pulwama is urging people to leave the site of the encounter.

#WATCH Police in #Pulwama appeals to locals to leave the site of Pulwama encounter. Four 55 Rashtriya Rifles personnel have lost their lives & one injured and two terrorists neutralised in the ongoing operation. (Visuals deferred by unspecified time) #JammuAndKashmir pic.twitter.com/q2X13OitXX

- In view of the terror attack and amid the ongoing encounter, top officials are meeting at the Home Ministry in Delhi for a high-level meeting.

Four soldiers, including Major, martyred in encounter with Jaish terrorists in Pulwama