The NC chief today asked the government to release evidence of the airstrikes carried out against JeM camp. 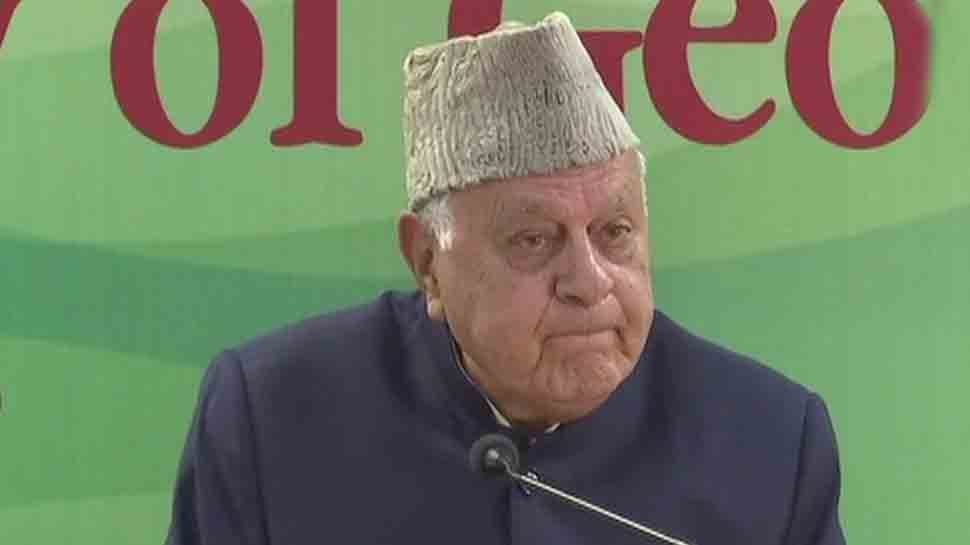 New Delhi: National Conference chief Farooq Abdullah on Wednesday questioned the central government over the airstrike carried out by Indian Air Force (IAF) on Jaish-e-Mohammed training centre in Pakistan's Balakote and asked if the government has any evidence to support its claims.

Farooq, who was speaking in memory of former Union Minister and socialist George Fernandes, asked the Centre to release evidence of the airstrikes carried out against JeM training centre in Balakote, saying "We have shot one of their planes? Where is the proof of what Amit Shah says, '300 people died'? If you ask, you are against the country. Time has come that you should ask questions."

The former Jammu and Kashmir president also said that if anyone questions the government and asks for evidence of the airstrikes, he is labelled as anti-national.

"We are going through terrible turmoil. I see my nation die, it hurts me," he said adding, "I don't know how we will pull out our young generation from this turmoil."

In reference to Pakistan, he said, "Let us pray that our neighbour understands that they are not going to get any territory."

He urged both the countries to respect 2003 ceasefire agreement in order to ensure peace as the continuous violence is causing huge trouble to the people residing on both sides of the border.

Farooq's statement on Balakote evidence comes barely two days after he said both India and Pakistan should start a result oriented and time-bound dialogue for the greater good of both the nations, especially the welfare of Jammu and Kashmir.

"Our party still deems Indo-Pak friendship essential to a peaceful sub-continent. I impress upon the sane voices in both the countries to push their respective governments to initiate a result-oriented dialogue process for the greater good of the two nations," he had said on Sunday.