The region is expected to receive more snowfall during the next 24 hours till Sunday. 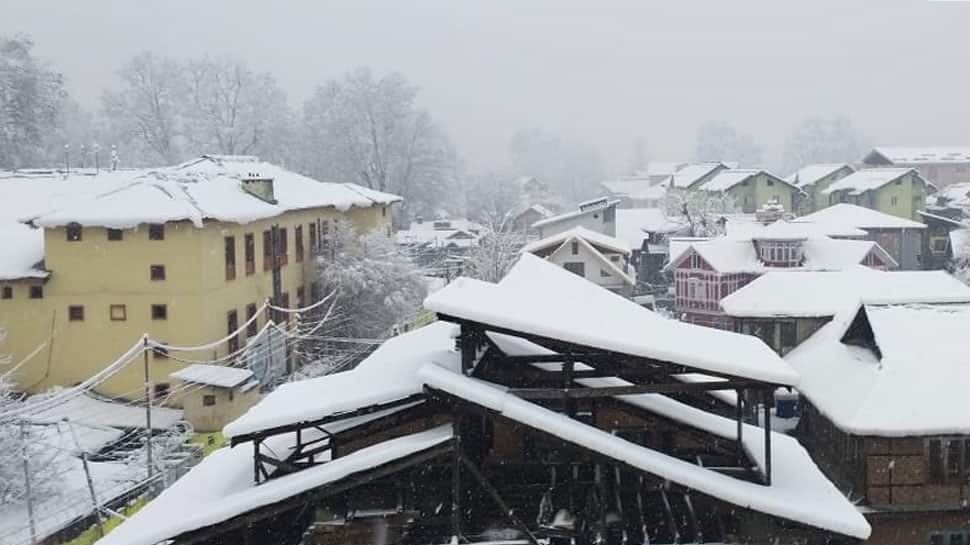 SRINAGAR: Heavy snowfall was witnessed in the Kashmir Valley on Saturday, which snapped air and surface links between the region and the outside world.

According to the Met Office, widespread snowfall, light in plains and heavy in the higher reaches, were witnessed in Jammu and Kashmir during the last 24 hours.

Sharing a weather update, an IMD official said that the region is expected to receive more snowfall during the next 24 hours till Sunday morning after which the condition would improve.

Due to poor visibility and the difficulty in clearing the runway, no flight could land or take off from Srinagar international airport on Saturday morning.

The Srinagar-Jammu Highway, the Mughal Road, the Srinagar-Leh Highway and mountain passes leading to Gurez and Tangdhar were closed due to heavy snowfall in the region.

The authorities moved out early to clear roads in Srinagar city although inter-district traffic between Srinagar and other districts remained suspended.

Electric supply in the urban and rural areas was disrupted because of the snowfall. Most parts of the Valley did not have electricity in the morning.

Srinagar recorded minus 1.3 degree Celsius, Pahalgam minus 2.8 and Gulmarg minus 7.3 as the minimum temperatures on Friday.

Leh town recorded minus 8 degree and Kargil minus 15.6.