Helicopter and ropeway services at Vaishno Devi shrine in Jammu and Kashmir were suspended following heavy snow and rainfall in the area. 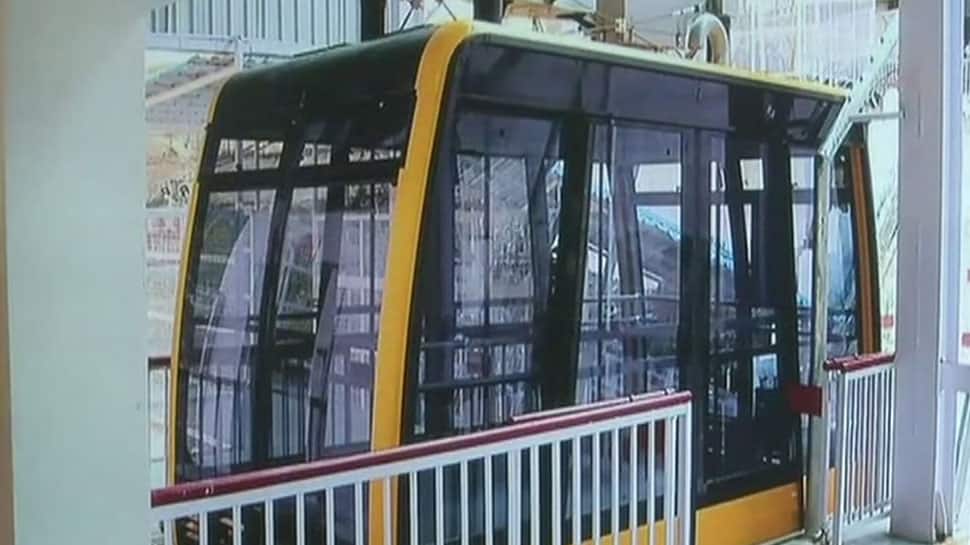 SRINAGAR: Helicopter and ropeway services at Vaishno Devi shrine in Jammu and Kashmir were suspended following heavy snow and rainfall in the area.

Katra, the base camp for pilgrims visiting the Vaishno Devi shrine in Reasi district, recorded a low of 6 degrees Celsius on Tuesday morning, said the IMD.  It further predicted a “generally cloudy sky with moderate rain” with temperatures hovering between 11 degree Celcius and 6 degree Celcius.

The Bhawan-Bhairon ropeway project was recently inauguratedhelping passengers reach the temple in just five minutes. A ride on the ropeway reportedly costs Rs 100 per person.

Several high altitude areas in Jammu and Kashmir experienced heavy snowfall while plains were lashed by incessant rains. This led to the closure of Jammu-Srinagar National Highway -- the only all-weather road linking Kashmir with the rest of the country. The MeT Office has forecast widespread rain and snow over the state with heavy falls at isolated places till Tuesday.

Meanwhile, a 55-year-old Vaishno Devi pilgrim from Gujarat died after apparently suffering a cardiac arrest in Reasi district of Jammu and Kashmir, police said on Monday. Parkash Bhai, a resident of Ahmedabad, fell unconscious on reaching his hotel room at Katra last evening after paying obeisance at the shrine, a police official said. He said the pilgrim was rushed to a nearby community health centre by his family but was declared dead by doctors on arrival