He was serving with 12JAKLI in Bihar, and was unhappy that he was being moved to Jharkhand, reports said. 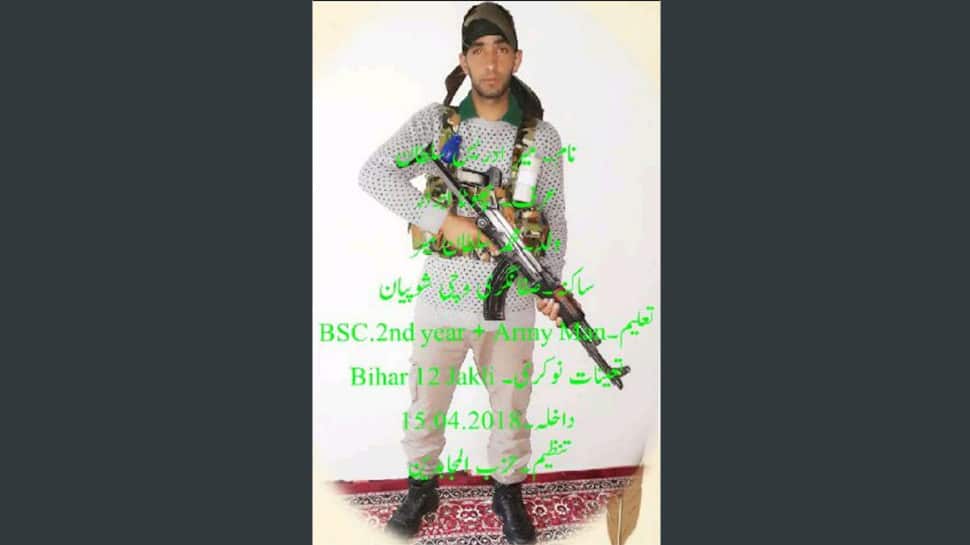 An Indian Army soldier from Kashmir who has been missing since Saturday may have joined the Hizbul Mujahideen terror group, police have said. However, local media reports say the terror outfit released a picture of the runaway soldier holding an AK-47 and claiming he had joined it.

Mir Idrees Sultan is a Sepoy with 12 Jammu and Kashmir Light Infantry (JAKLI). He had arrived in his home village in South Kashmir's Shopian on April 12, and has been missing since April 14. His father, Mohammed Sultan Mir, approached the police on Monday morning and reported his son missing.

Police officials said he had joined the terrorist group with two other local youths, reported news agency PTI. However, PTI noted that the cops had not made this part of the formal paperwork. The police had also informed the Army about the case it has registered.

Police said they are investigating his phone records and other activities to ascertain if he was in touch with anyone with terror links. The Army maintains that he has been "missing" and has no confirmation about his joining the terror outfit. There is also no clarity on whether he had travelled to Kashmir on leave or had run away.

Mir Idrees Sultan had been posted in Bihar's Katihar. He was scheduled to move to Jharkhand, and is reported to have been unhappy about it.

The picture that has reportedly been released by Hizbul Mujahideen shows Sultan with an AK-47, and has his details written across the image in green text. The text identifies him and says he is a 'BSC.2nd year'.

Security agencies say pointing out the educational qualification of anyone who has received even a day past a school education is a recruiting tool. Also, given the fact that Sultan is an Indian Army soldier his picture is likely to keep turning up in recruitment and propaganda materials of terror outfits.