One of the three slain terrorists - Shamsul Haq Mengnoo - is the brother of 2012-batch IPS officer Inamul Haq Mengnoo who is posted in the Northeast. 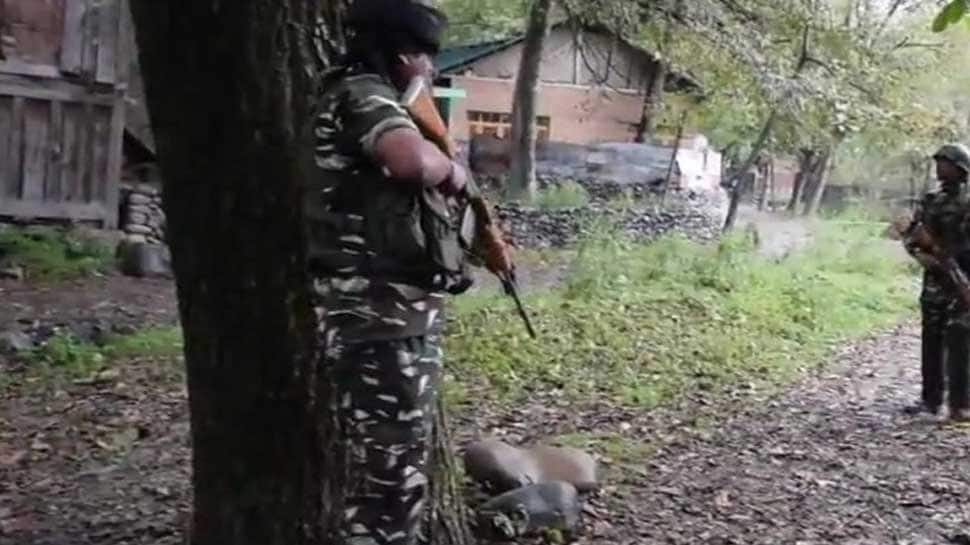 SRINAGAR: Three terrorists linked to Pakistan-backed terror outfit Hizbul Mujahideen, including an IPS officer's brother, were killed in an encounter with security forces in the Shopian district of Jammu and Kashmir on Tuesday.

The three terrorists were killed after the security forces launched a massive cordon and search operation in Heff area of the district following specific information about their presence in the area.

A senior officer of Jammu and Kashmir Police said, ''The terrorists killed in the encounter in Shermal (Shopian) have been identified as Shamsul Haq Mengnoo, Aamir Suhail Bhat and Shoaib Ahmad Shah. The killed terrorists as per the police records were affiliated with proscribed terror outfit Hizbul Mujahideen.''

The operation, which began after the terrorists opened fire at the security personnel, lasted for over seven hours.

A large cache of arms, ammunition and other incriminating material were recovered from the encounter scene, SP Jain, IG Kashmir, said.

One of the three slain terrorists - Shamsul Haq Mengnoo - is the brother of 2012-batch IPS officer Inamul Haq Mengnoo who is posted in the Northeast.

Shamsul Haq was pursuing a degree in Unani system of medicine from a college in Srinagar before he joined the militant ranks last year, the official said.

Later, clashes between security personnel and civilians broke out over the last four hours near the site as protesters tried to scuttle the efforts of the security forces, who fired tear gas and pellet gunshots to disperse the mob.

Earlier reports said that five to six terrorists were present in the area, including some top operatives of the Hizbul Mujahideen.

The Rashtriya Rifles and the Special Operations Group (SOG) of the Jammu and Kashmir Police carried out the operation against the terrorists.