Jammu and Kashmir bifurcation: All Administrative Secretaries asked to be present in Srinagar on October 31

The order, issued by J&K General Administration Department, comes ahead of the 'Darbar Move' in Jammu and Kashmir. 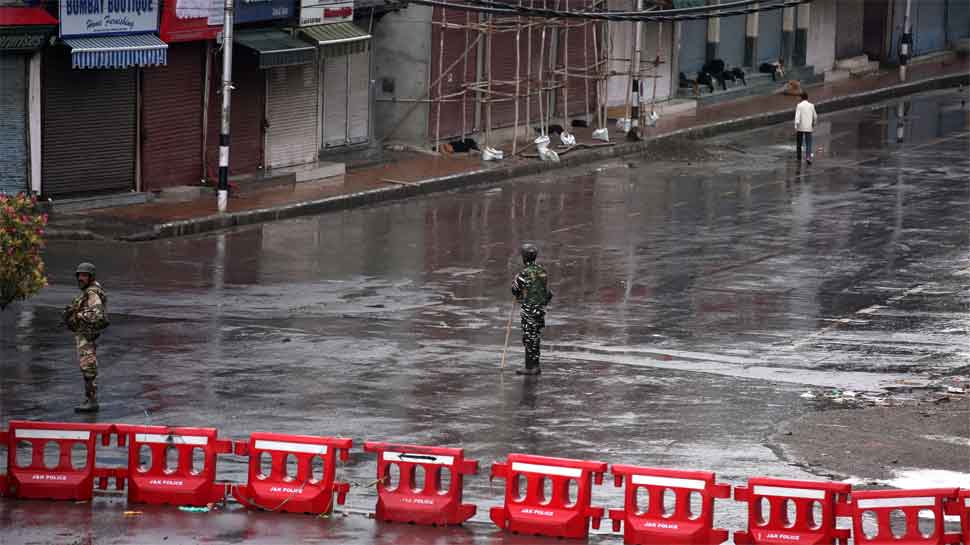 'Darbar Move' is the name given to the bi-annual shift of the secretariat and all other government offices of the Jammu and Kashmir from one capital city to another. From May to October, governmental offices are housed in the state's summer capital, Srinagar, and the other six months in its winter capital, Jammu. The tradition was started during Dogra rule in 1872 by Maharaja Ranbir Singh.

"Attention of all the Administrative Secretaries is invited towards the `appointed day` for the formation of Union Territory of Jammu and Kashmir and Union Territory of Ladakh as per the provisions of the Jammu and Kashmir re-organisation Act, 2019, that is October 31, 2019. Accordingly, it is impressed upon all the Administrative Secretaries that they shall not move outside the state during the transit days of Annual Darbar Move in October-November, 2019. Further, all the administrative secretaries shall remain available at Srinagar on the appointed day," the statement added. 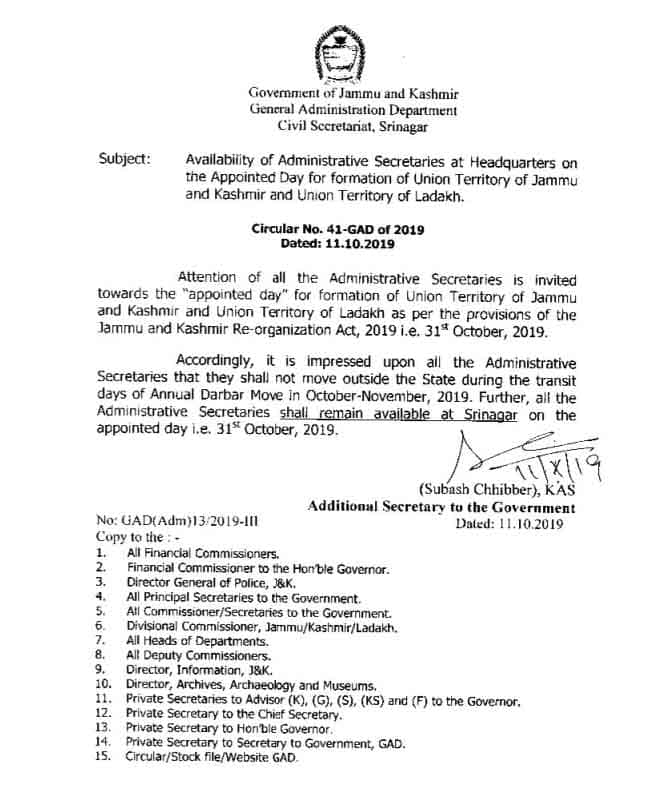 Meanwhile, the government has also sought options from the state service employees on the choice of posting to the successor Union Territories of Jammu and Kashmir and Ladakh. Preference has been sought in a circular issued by the General Administration Department on Friday, inviting the attention of Administrative Secretaries towards Section 89 (2) of Jammu and Kashmir Reorganization Act, 2019.

According to the circular, the Lieutenant Governor of UT of Jammu and Kashmir shall, by general or special order, determine the successor UT to every person referred to in sub-section one. The person shall be finally allotted for service, after seeking option from the employees, and the date with effect from which such allotment shall take effect or be deemed to have taken effect.