The NC also announced former state chief secretary B R Kundal, who joined the party at a function here on Wednesday, as its candidate for the Jammu-Poonch Lok Sabha constituency. 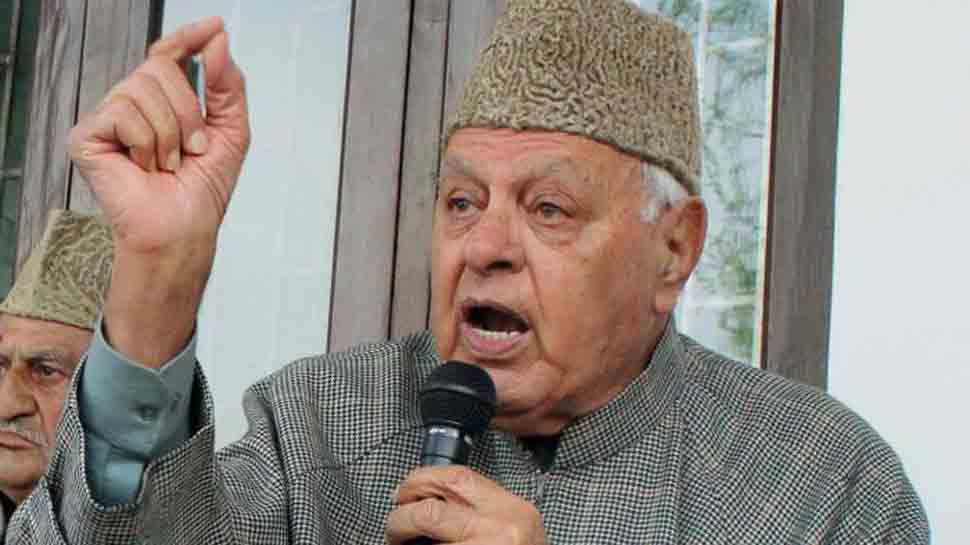 Jammu: National Conference (NC) chief Farooq Abdullah Wednesday said Jammu and Kashmir was passing through the most difficult phase due to political instability and governance deficit, and the people were looking towards the party with hope.

The NC also announced former state chief secretary B R Kundal, who joined the party at a function here on Wednesday, as its candidate for the Jammu-Poonch Lok Sabha constituency.

"The state is passing through the most difficult phase due to political instability and governance deficit in recent years and therefore the people are looking towards us with hope," the National Conference president said.

He said the party would strive to assuage their political aspirations and instill a much needed sense of security.

Abdullah exuded confidence that given Kundal's vast and varied experience as a top bureaucrat, he would enjoy massive support of the people in the upcoming polls.

He described Kundal a versatile administrator and said that having served in all the three regions, he had left an indelible mark of public service.

"This spirit will stand him in good stead in his new role in public life," Abdullah said, adding his joining would not only strengthen further the party at the grassroots level but also enthuse all those working to steer the state towards peace and normalcy.

He said the party served people of all the three regions, irrespective cast, creed and religion, adding this spirit is needed to be sustained and promoted by weathering all odds unitedly.

He said focused attention was needed to fullfil the deep yearning of people to live a dignified and peaceful life. He reiterated that the National Conference was committed to uplift the condition of poor and weaker segments of society.

Kundal expressed his gratitude to the leadership for reposing faith in him and said he was privileged to have worked with the NC leadership during the times it governed the state.