J&K: Kashmiri Pandits vote for returning to their ancestral land

The Baramulla and Jammu parliamentary seats in Jammu and Kashmir went to polls in the first-phase of the general elections along with 89 other Lok Sabha seats in India on Thursday. 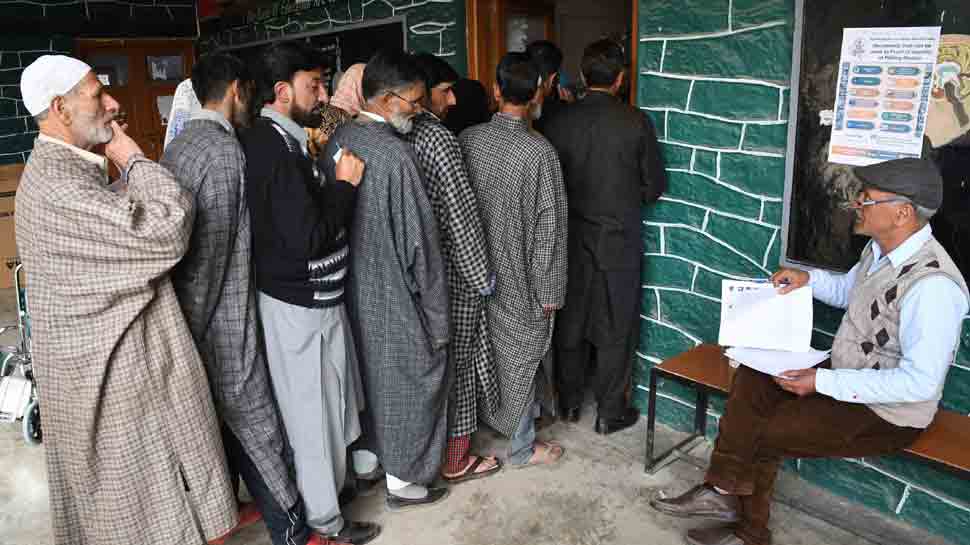 Jammu: Seventy-nine-year-old Avtar Krishen's last wish is to live the remainder of his life at his ancestral home in Kashmir, and like several displaced Kashmiri Pandits, the septuagenarian said he voted Thursday hoping a new government ends his three-decades "exile".

Krishen is among the seven lakh-odd Kashmiri Pandits who had to flee the Valley in the wake of spread of terrorism in 1989-90.

The Baramulla and Jammu parliamentary seats in Jammu and Kashmir went to polls in the first-phase of the general elections along with 89 other Lok Sabha seats in India on Thursday.

"I have again voted with the hope that a new government will ensure my return and rehabilitation in my native place in Kashmir," said Krishen, who casted his vote at the polling booth in Jagati camp in Jammu for a candidate in Baramulla in Kashmir.

The camp is one of four that houses displaced Kashmiri pandits. Jagati has around 15,000 residents.

The 79-year-old, who fled his home in a remote hamlet in north Kashmir's Kupwara district in 1990, said he has voted with one wish-- returning to his roots.

He said he wants to take his last breath in his ancestral place and "this may be the last time that I will vote...My only wish is to return back to my roots"

Returning officer Pankaj Anand told PTI that as many as 4,593 voters as per M-form procedures are entitled for voting at 26 polling stations in Jammu, Udhampur and Delhi.

The Election Commission in a notification said 21 special polling stations have been set up for Kashmiri Pandit migrant voters in Jammu, one in Udhampur and four in Delhi.

Kashmiri Pandits living across India, including Jammu and Udhampur, continue to vote for candidates in their home constituencies in Kashmir to keep their connect with the Valley
However, they rue that respective governments at the Centre and in the state have assured but not ensured their return to their ancestral land with full dignity and security.

Kashmiri Pandits every year January 19 mark their "exile" from the Valley and this year they completed 30 years.

From a remote area in Kupwara's Wadipora belt, falling in the Baramulla constituency, Chuni Lal, also an elderly, believes that his vote will ensure his return to his native place for permanent rehabilitation before his death.

Though Lal and Krishen believe that voting for candidates in their home constituencies will fulfil their wish, Santosh from Sopore in Baramulla said it is futile as their demands have failed to find takers.
"Who does not want to return to their homes in the Kashmir valley. We have voted for returning in past elections, but no government has ensured our return for the past 30 years.
"What am I voting for again. It is futile, but we still have faith. They don't want us to return", he said.

Eighteen-year-old Vanshika, a first-time voter, said though she has voted for a candidate in Baramulla, she feels that her dream of returning to her ancestral place in Kashmir will never be fulfilled.?
Many youngsters, including first-time voters Rohit Bhat of Bandipora and Ritika of Baramulla, cast their votes at polling stations in Muthi and Purkhoo camps.

They said their votes are not only for permanent rehabilitation of Kashmiri Pandits but also for a "stable and strong" central government that can deal with the inner and outer challenges that country is facing, and ensure stamping out of terrorism.

All arrangements made for polling in 2 Jammu and Kashmri Lok Sabha seats: Officials