In September 2017, the NIA had conducted searches at 16 locations in Kashmir and Delhi. 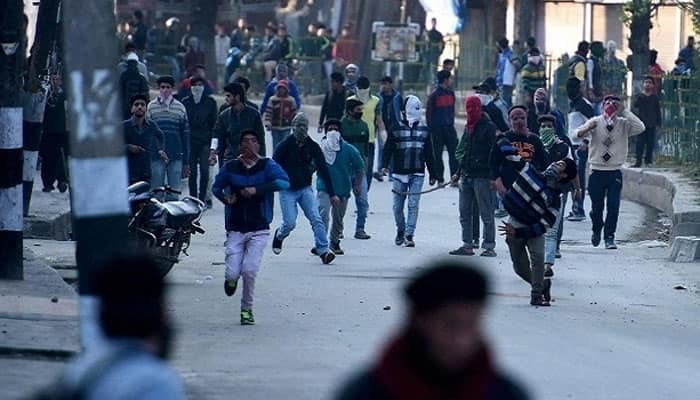 New Delhi: The National Investigation Agency (NIA) on Tuesday said it had seized nearly Rs 36.5 crore in demonetised notes during its probe into the Kashmir terror funding case.

"The NIA is investigating a case relating to the financing of terrorist and separatist activities in the Kashmir valley. During the investigation, it had emerged that persons/ entities linked to the separatists and terrorists were still in possession of a significant amount of demonetised currency which they could not deposit/convert during the period earmarked by the government. Surveillance was mounted on such persons/ entities. This led to unearthing of a conspiracy wherein a gang of such persons/entities were making an attempt to convert this demonetised money into valid currency... The demonetised currency notes having face value equivalent to Rs 36,34,78,500 were duly seized and brought to the HQ," it said.

In September 2017, the NIA had conducted searches at 16 locations in Kashmir and Delhi on traders who were allegedly indulging in hawala operations and using the money for funding terror and separatist activities.

As many as five traders in old Delhi were also raided by the NIA officials.

These raids and arrests by the NIA were part of its investigation in a case registered on May 30 in which the leader of the Pakistan-based Jamaat–ud–Dawa and banned terrorist outfit Lashkar–e–Taiba, Hafiz Saeed, was named as an accused.

The NIA has arrested several persons in the case of alleged funding of terror and subversive activities in the Kashmir Valley to fuel unrest there.

The case has been registered on issues of raising, receiving and collecting funds through various illegal means, including hawala channels, for funding such activities, as per PTI.

Badgami, a prominent separatist Shia leader, and Sumji are part of the pro-Pakistan, Syed Ali Shah Geelani-headed faction of the Hurriyat Conference.

Shabir Shah is at present in judicial custody after the Enforcement Directorate arrested him last month in connection with an earlier case of money laundering.