Abdul Salam and Mohd Afzal Nayak, who belong to the Kashmir Valley, were attacked by members of Hindu-wing outfit in Lucknow on Wednesday. 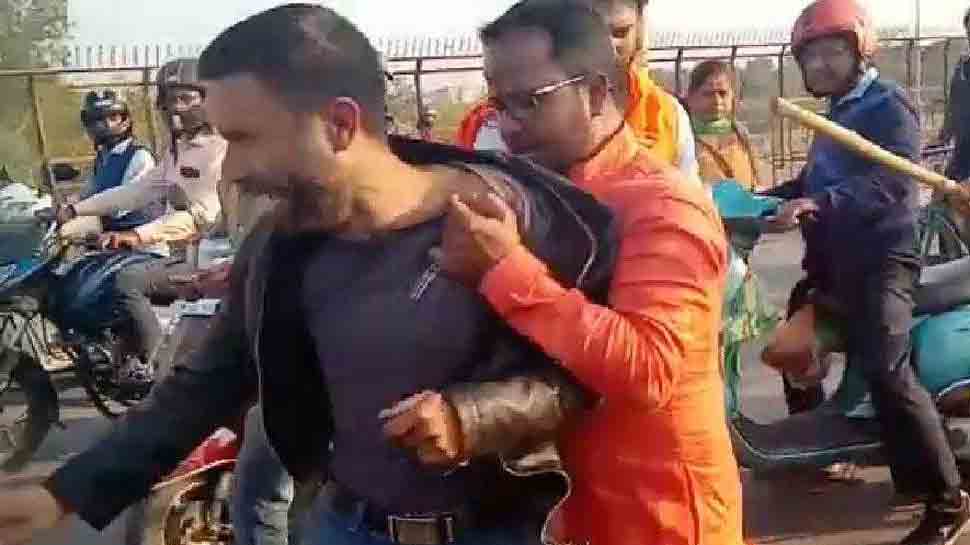 Lucknow: The two Kashmiri vendors of dry fruits who were thrashed by four rightwing Hindu activists here on Wednesday triggering outrage resumed their trade on Friday at the very same place -- bringing smiles all around.

Senior Superintendent of Police Kalanidhi Naithani said all four attackers had been arrested and sent to jail.

Prime Minister Narendra Modi, at his public rally in Kanpur on Friday, lauded the Uttar Pradesh government for taking prompt action and urged all states to act strictly against "such elements".

"Our animosity is against terror and not people of a certain region," Modi said.

Abdul Salam and Mohd Afzal Nayak, who belong to the Kashmir Valley, have been selling dry fruits in Lucknow for years and had never faced any trouble in the past.

On Wednesday, the Hindu activists thrashed them after accusing them of being "stone pelters".

They survived the attack only because a passer-by intervened and called the police.

As the video of the attack went viral on the social media, the attackers were charged with, among other offences, attempt to murder.

"Nothing will do more damage to the idea of India in Jammu and Kashmir than videos like these," he said.

"Keep thrashing Kashmiris like this on the streets at the hands of RSS/Bajrang Dal goons and then try to sell the idea of `atoot ang` (unbreakable part), it simply won`t fly."

The police said they have compensated for the losses suffered by the vendors and have assured them full security.