Amma's organisation is focussed on helping to meet the needs of people in terms of food, shelter, healthcare, education, and livelihood. 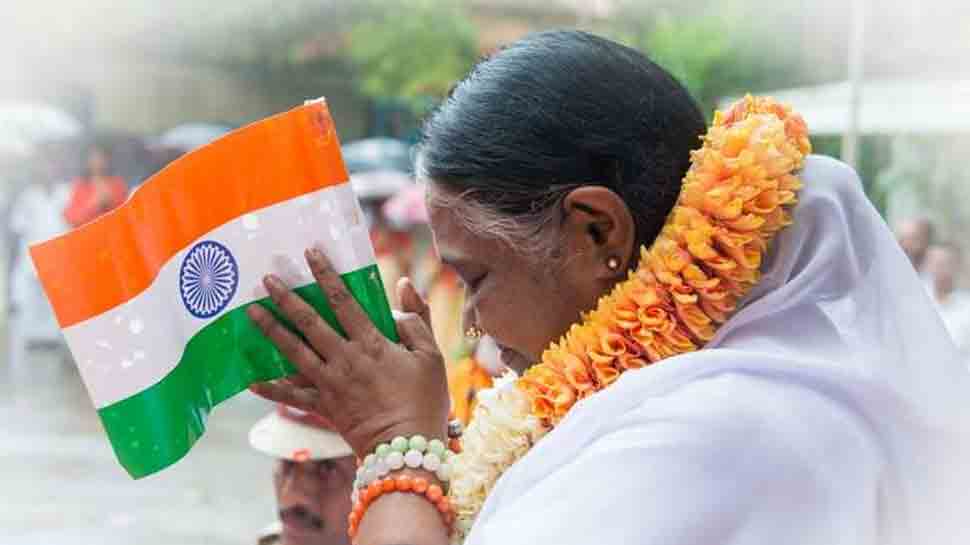 New Delhi: The Mata Amritanandamayi Math has announced to donate Rs 5 lakh each to the families of more than 40 CRPF troopers who were martyred in the dastardly terror attack in Jammu and Kashmir's Pulwama district last week.

"Deeply saddened at the nation losing so many of its brave hearts. It is our dharma to support the families of these brave men who died while doing their dharma of protecting the nation. My heart goes out to their families and loved ones. May we all pray for their peace and wellbeing," Sri Mata Amritanandamayi Devi (Amma) said in a statement.

The Mata Amritanandamayi Math announced the donation at 1 pm today as Amma was travelling to Mysore, the first stop on the northern leg of her 2019 Bharata Yatra.

Amma's organisation is focussed on helping to meet the needs of people in terms of food, shelter, healthcare, education, and livelihood. Till date, the organisation has provided free medical care to more than four million people.

Amma has delivered addresses at the United Nations several times and has spoken twice at the Parliament of the World’s Religions.

Among other accolades, she has received the Gandhi-King Award for Non-violence in Geneva, the James Parks Morton Interfaith Award in New York, and an honorary doctorate from the State University of New York.

In 2014, at the invitation of His Holiness Pope Francis, Amma was one of 12 religious and spiritual leaders to travel to the Vatican to sign a joint declaration against modern slavery. Throughout her life, Amma has embraced and comforted more than 3.8 crore people.

When asked where she gets the energy to help so many people while also building and running a massive humanitarian organization, Amma answers, "Where there is true love, everything is effortless. Love transforms."