Mehbooba Mufti protests against Centre's ban on Jamaat-e-Islami; over 350 activists arrested so far

The Narendra Modi-led NDA government on Thursday imposed a ban on Jamaat-e-Islami Jammu and Kashmir and declared it as an 'unlawful association'. 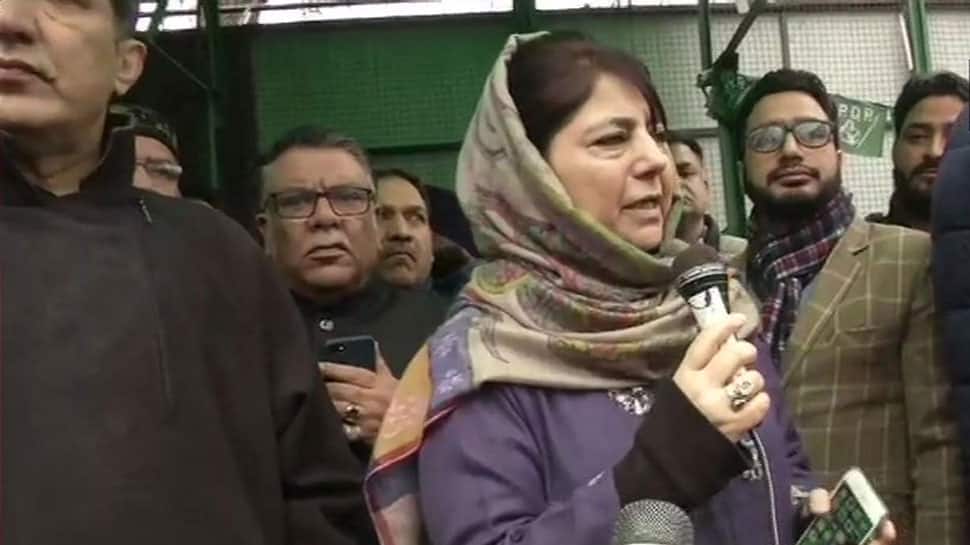 J&K: Mehbooba Mufti and PDP workers protest in Srinagar against the ban on Jamaat-e-Islami (Jammu & Kashmir) by the Central Government. pic.twitter.com/zvCceAKQOa

So far, the Jammu and Kashmir Police have arrested over 350 activists belonging to the separatist group. The ban on the group has led to a crackdown on JeI's functionaries operating 400 schools, 350 mosques and 1000 seminaries across the state.

The Narendra Modi-led NDA government on Thursday imposed a ban on Jamaat-e-Islami Jammu and Kashmir and declared it as an 'unlawful association' under Section 3 of Unlawful Activities (Prevention) Act, 1967.