Around 50 politicians of Kashmir were detained a few days before the abrogation of article 370 on August 5. 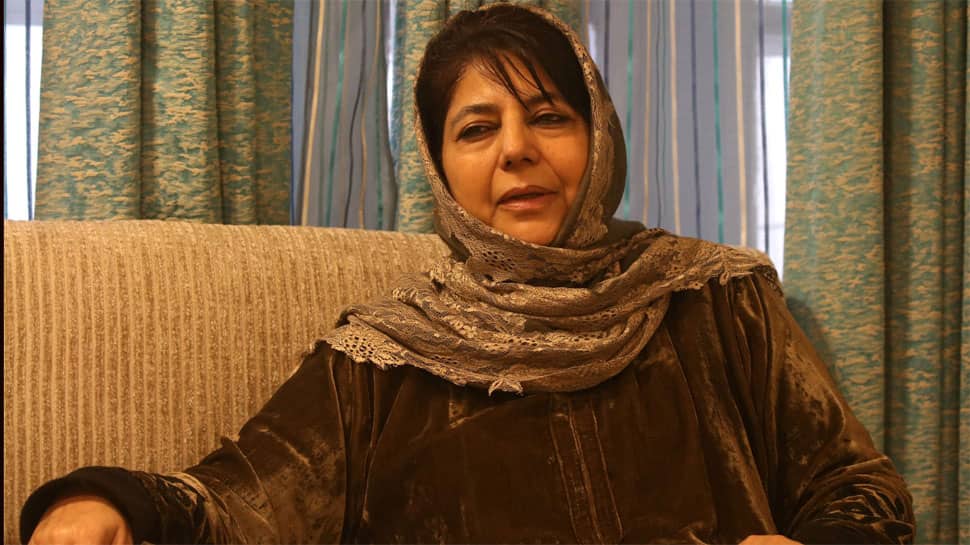 Srinagar: A six-page dossier listing the grounds for the detention of former Chief Minister Mehbooba Mufti says she was working with separatists, according to sources.

The dossier mentions Mufti`s tweets prior to the revocation of Article 370, on lynching and highway blockade, among others.

According to sources, it also talks about the Peoples Democratic Party`s (PDP) flag and symbol of inkpot and pen -- a replica of the sign used by the Muslim United Front (MUF) during the 1987 J&K elections.

Around 50 politicians of Kashmir were detained a few days before the abrogation of article 370 on August 5. Six leaders, including three former Chief Ministers, have been detained under the Public Safety Act (PSA) after their arrest.

The grounds of Sagar`s detention read that he was very vocal against the abrogation of Articles 370 and 35A. "He was involved in instigating youth, especially party workers, against the central government`s decisions. His ability to disturb the public order can be gauged from that he succeeded in mobilising voters in the peak of militancy and poll boycotts," the dossier reads.

The PSA dossier of Sartaj Madani says he played a "pivotal role" during Asiya and Nelofar`s alleged rape and murder case in 2009. "He played a vital role in mobilising anti-social elements. He was also involved in provoking people to come on to the streets and support separatists and propagate secession of J&K from India, especially after Afzal Guru`s hanging," it said.

Under the PSA a person can be detained for up to two years without trial.