Mosques in Srinagar under MHA scanner, details of management sought

Marked as urgent, the zones were required to submit the information latest by 10 am on 29 July.

SRINAGAR: All mosques in Srinagar will now be under the scanner of the Ministry of Home Affairs. In a letter to all the zones, Senior Superintendent of Police (SSP) Srinagar has asked them to provide details of the mosques which are in their respective jurisdictions.

The letter by the SSP reads: "Please provide details of mosques and their management falling within your respective jurisdictions as per enclosed proforma to this office immediately for onward submission to higher authorities." 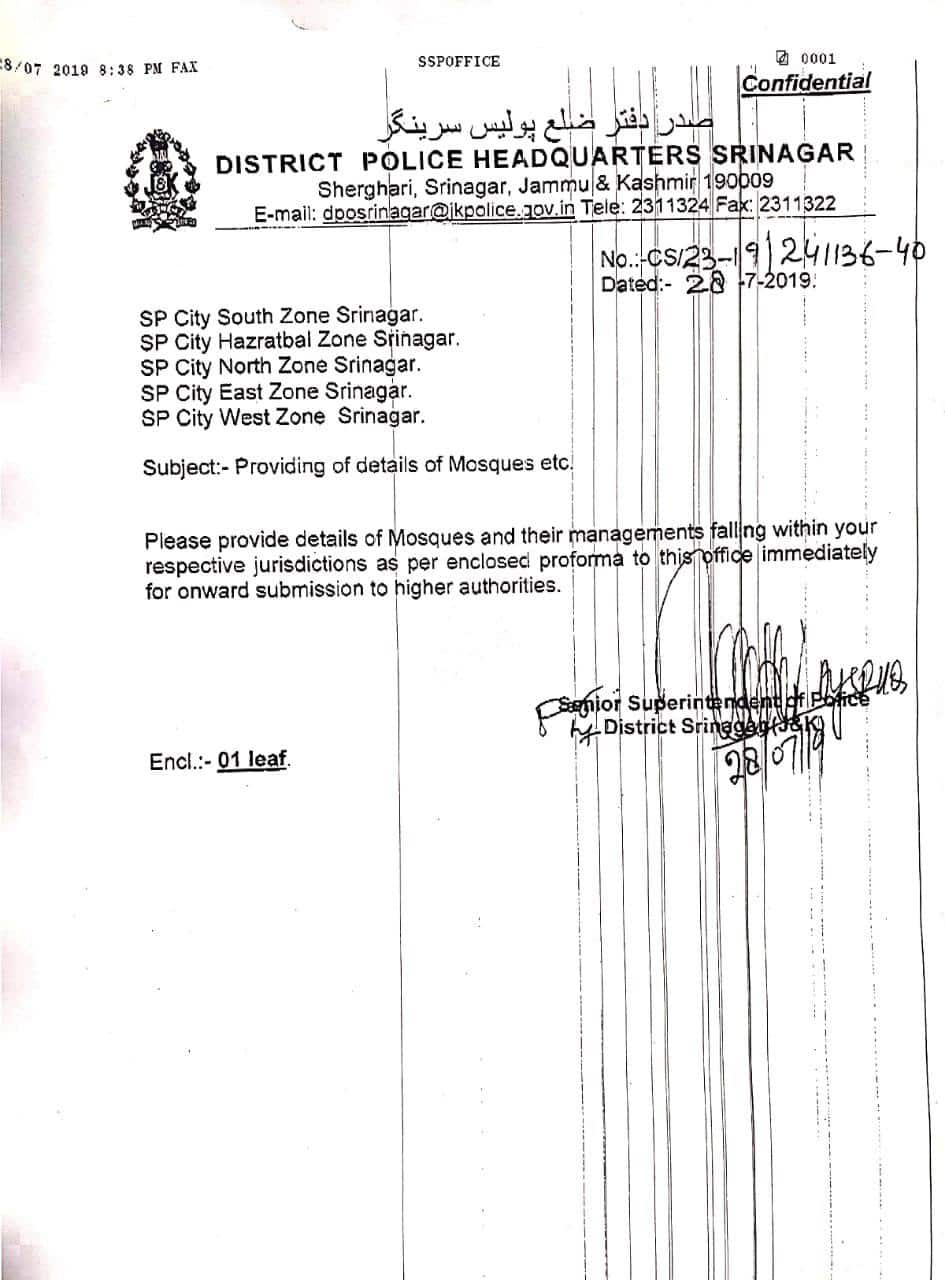 Earlier this week, it was reported that the Narendra Modi government has decided to move an additional 10,000 troops of the paramilitary forces to Jammu and Kashmir in the days to come. Defence Ministry sources said that the move is aimed at further strengthening the ongoing counter-terror operations in the Kashmir Valley. According to sources, troops are being airlifted from various parts of the country for deployment in Jammu and Kashmir.

National Security Advisor (NSA) Ajit Doval was also on a two-day visit to J&K this week during which he reviewed the law and order situation in the state.