The temple is located at Achan village and is barely 15-km away from the site of the terror attack on the CRPF troopers that claimed at least 40 lives on February 14. 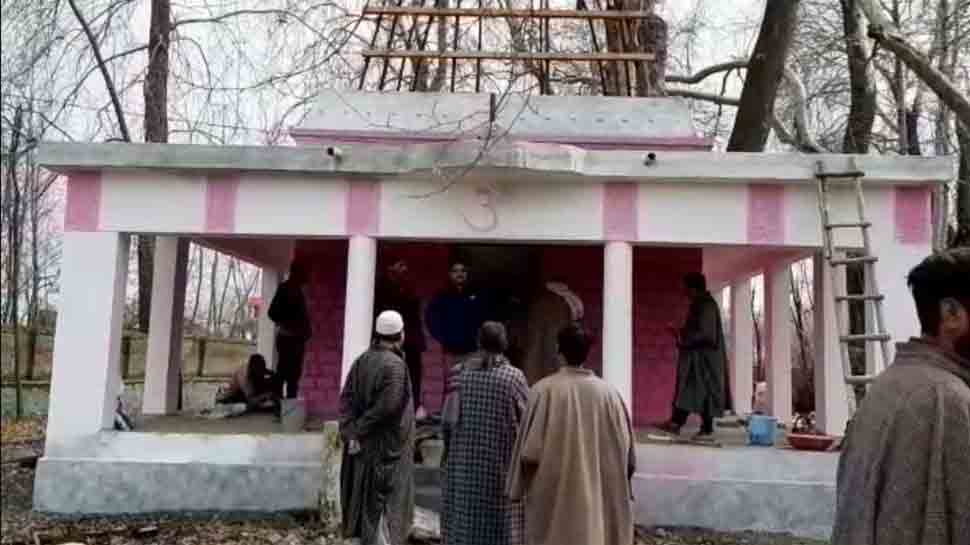 New Delhi: Sending a strong message to hate mongers, Muslims and pandits in Jammu and Kashmir's Pulwama district joined hands to restore an 80-year-old temple, on the occasion of Maha Shivratri.

The temple is located at Achan village and is barely 15-km away from the site of the terror attack on the CRPF troopers that claimed at least 40 lives on February 14.

The restoration work of the temple had halted after the Pulama attack, but it resumed on Maha Shivratri. Several reports stated that Muslims served traditional Kashmiri 'kahwa' tea to everyone at the temple on the occasion. Several locals present at the temple said that they want to hear the sound of the bell at the temple along with the Azaan.

After the 1990 outbreak of insurgency in Kashmir, the village has now only one Kashmiri Pandit family living in it.

As per the people residing in the village, the temple was in the dilapidated state and the restoration work started after the Pandit family approached the Masjid Aukaf Committee, apprising them of the poor state of the temple.

A resident, Bhushan Lal said, "Our neighbours, who are Muslims, are doing it, as they respect this temple." Another resident Sanjay Kumar said that for him, his Muslim neighbours are more important to him that his relatives, who have migrated from the village. "My neighbours stood by my side through every thin and thick and took care of everything in troubled times. "We live here as brothers and Aukaf Committee helped us in taking the rehabilitation work.

The Muslims of the village who have extended their hands to re-establish the temple said that they are doing it as they "don't want their Hindu brothers to feel alone or get a feeling that their temple is incomplete".

Have reports of terrorists being trained to carry out operations through sea: Navy chief