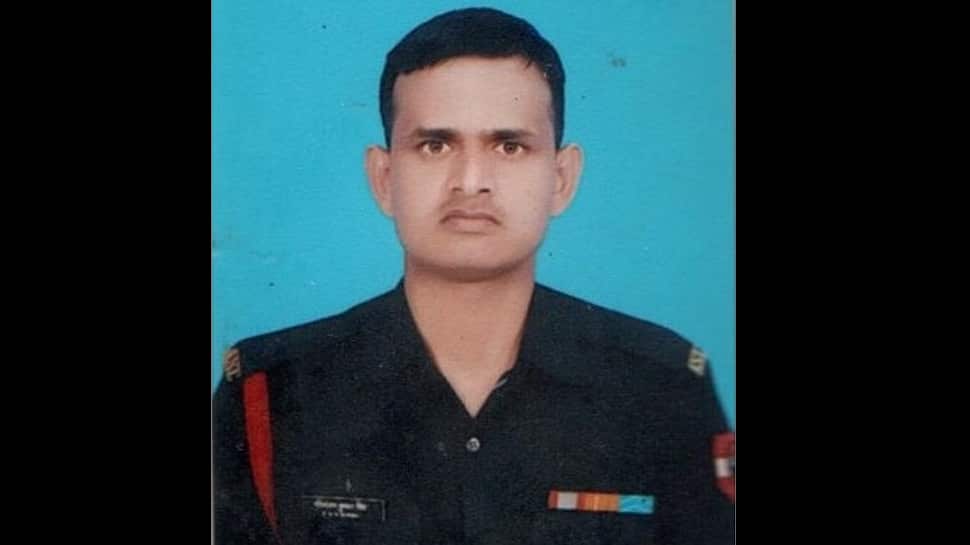 SRINAGAR: An Army jawan attained martyrdom during ceasefire violation by Pakistan Army in Krishna Ghati sector along the Line of Control (LoC) in Jammu and Kashmir's Poonch district on Tuesday. The soldier Naik Ravi Ranjan Kumar Singh was 36 years old and belonged to Bihar's Rohtas district.

Four other soldiers were injured in the unprovoked firing by Pakistani troops. The Pakistani soldiers resorted to firing small arms and shelling mortars in Mendhar Sector around 11 am. The Indian Army gave a befitting reply.

“Indian Army responded strongly and effectively. Heavy damage to Pakistan Army posts and casualties to Pakistan soldiers have been inflicted by own troops,” said a release from the Defence Ministry.

In the exchange of fire, 36-year-old Naik Ravi Ranjan Kumar Singh attained martyrdom. Singh was a resident of Gopi Bigha village in Dehri-on-Sone tehsil in Bihar's Rohtas district. He is survived by his wife Rita Devi. “He was a brave, highly motivated and sincere soldier. The Nation will always remain indebted to him for the supreme sacrifice and devotion to duty,” said the Defence Ministry.