National Conference-Congress seal alliance in Jammu and Kashmir, will have friendly contest in Anantnag, Baramulla

The National Conference and Congress on Wednesday announced their alliance for the upcoming Lok Sabha elections, scheduled to held in seven phases, starting from April 11. 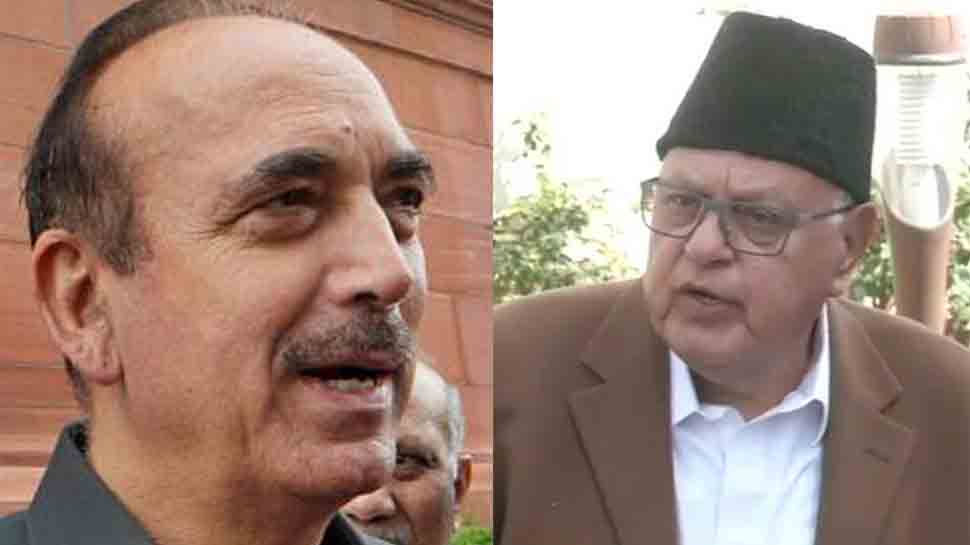 New Delhi: The National Conference and Congress on Wednesday announced their alliance for the upcoming Lok Sabha elections, scheduled to held in seven phases, starting from April 11. Both the parties said that the alliance is in the national interest and will help strengthen secular forces.

Addressing joint media conference in Jammu together, National Conference chief Farooq Abdullah and Congress leader Ghulam Nabi Azad said that NC will contest from Srinagar whereas Congress will fight on Jammu and Udhampur Lok Sabha seats. "There will be a friendly contest between National Conference and Congress in Anantnag and Baramulla. We are also discussing the Ladakh seat," Farooq told media.

Azad said that there will be friendly fights between the two parties in Anantnag and Baramulla in Kashmir Valley and if 'either party of two wins the seats, it will be a win-win situation for both of them.

In the meantime, the discussions for the sixth Lok Sabha seat in Jammu and Kashmir — Ladakh is still underway between the two sides.

The Election Commission of India, which announced the Lok Sabha poll dates recently, said that assembly elections will not be held in Jammu and Kashmir along with the Lok Sabha elections due to security reasons. Chief Election Commissioner Sunil Arora said considering constraint of availability of central forces, other logistics and recent incidents of violence, the EC has decided to hold only Lok Sabha polls in Jammu and Kashmir.

The state will have five-phase voting. The Anantnag Lok Sabha seat in Jammu and Kashmir will go for polling in three phases due to security reasons.

The Jammu and Kashmir assembly was dissolved in November last year, months after the Mehbooba Mufti-headed government in the state fell following the BJP withdrawing support to it in June.