Asiya Andrabi's house was attached under the provisions of the Unlawful Activities (Prevention) Act. 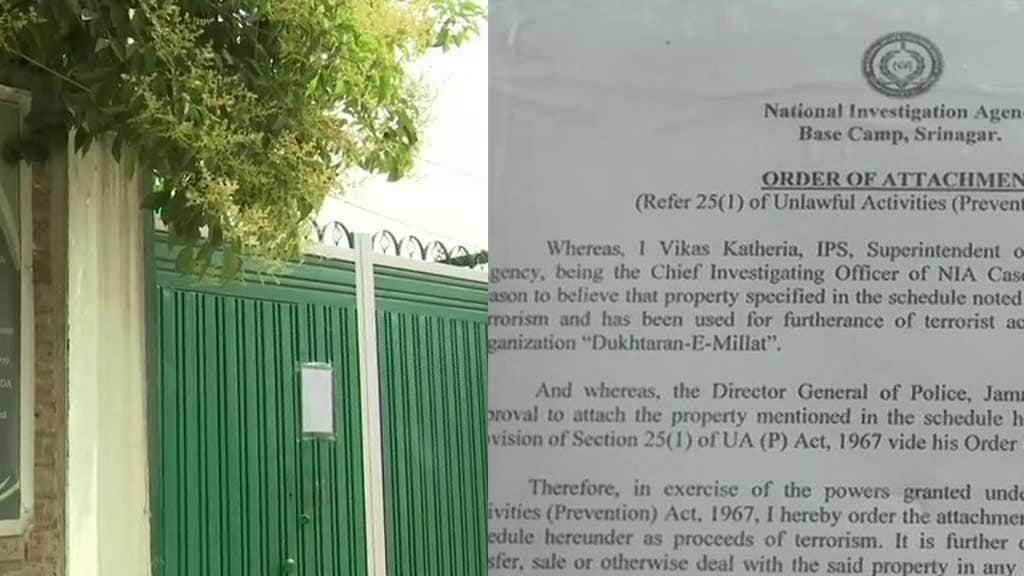 Action against Andrabi was taken in connection with a case registered by the agency against her, said news agency ANI.

ANI also quoted NIA officials as saying that no search was conducted at Andrabi's residence.

Her house was attached under the provisions of the Unlawful Activities (Prevention) Act after specific inputs about terrorist activities being carried out from there.

Now, Andrabi can't sell his house in Srinagar till the investigation agency completes its probe into the case. Although, her family is allowed to live there.

NIA, which is probing the Jammu and Kashmir terror funding case, had on Sunday said that the Dukhtaran-e-Millat chief Asiya Andrabi has confessed during interrogation that she had been collecting funds and donations from foreign sources to organise protests by Muslim women in the state.

"During interrogation, Asiya Andrabi admitted she had been collecting funds and donations from foreign sources, for which her organisation Dukhtaran-e-Millat had been organising protests by Muslim women in the Valley," the NIA said as per ANI.

During her interrogation, the Andrabi admitted that she has close links with Lashkar-e-Toiba chief Hafiz Saeed through a Pakistani Army officer.

The NIA also added that Andrabi made the confessions after she was confronted with evidence regarding the funding of educational expenses of her son in Malaysia from 2011 onward through foreign remittances made by Kashmiri businessman Zahoor Watali. It is to be noted that Watali is currently behind bars in connection with J&K terror funding case.

"Separatist Asiya Andrabi was confronted with evidence regarding the funding of educational expenses of her son in Malaysia from 2011 onward through foreign remittances made by Zahoor Watali," the NIA said.

The NIA has collected evidence that Andrabi used to receive funds from Pakistan's spy agency - the Inter-Services Intelligence.

The agency further disclosed that Masarat Alam, who is also currently in jail in connection with terror funding case, has revealed during interrogation that agents based in Pakistan route the funds through hawala operators which were transferred to separatist leaders including veteran Hurriyat Conference leader Syed Shah Gilani. Masarat is the so-called poster boy of stone pelters and violent agitations in Kashmir Valley.

Sources said that National Security Advisor Ajit Doval is personally monitoring the cases against Asiya and Masarat. It is to be noted that Doval spearheads the Central government's strategy in Jammu and Kashmir on the terror front.

Amarnath Yatra: New batch of over 5000 pilgrims leave from Jammu