Terror outfits like LeT and JeM may carry out fidayeen attacks targeting the security forces and their camps in both South and North Kashmir in the days to come. 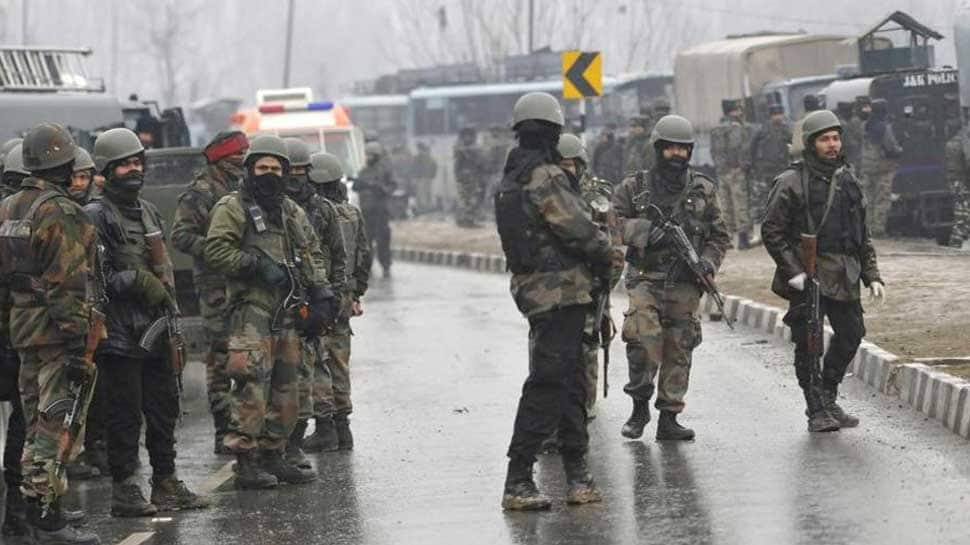 JAMMU: Days after Pakistan warned of a possible terror attack on Indian security forces in South Kashmir, fresh inputs gathered by the intelligence agencies suggest that terror outfits like Lashkar-e-Toiba (LeT) and Jaish-e-Mohammad (JeM) are planning to carry out major attacks targeting the vital military installations and their convoys.

According to the information accessed by Zee Media, terror outfits like LeT and JeM may carry out fidayeen attacks targeting the security forces and their camps in both South and North Kashmir in the days to come.

The intelligence agencies have warned that Pakistan-operated terror outfits will try to target the convoys of security forces in the Baramulla sector in north Kashmir and on Srinagar-Kupwara Highway.

There are also high chances of terrorist groups targeting the security personnel deployed near the Line of Control forces. Regular shelling from the Pakistan Army is also likely to come to the aid of these terrorist groups in executing their nefarious plans.

It may be recalled that Pakistan had recently warned of a Pulwama-like terror attack on the Indian security forces in South Kashmir and shared credible inputs with the office of the National Security Advisor (NSA) of India.

In light of the above warning, the Indian agencies have collected credible actionable inputs which suggest that there would be more attacks in both South and North Kashmir in the days to come.

While LeT has entrusted its fighters to target the Indian security forces in North Kashmir, another active terrorist group JeM has directed its cadres to carry out fidayeen attacks on Srinagar-Kupawara Highway.

Pakistan-operated terror groups are utterly frustrated with the counter-insurgency operation being carried out by the security forces in Kashmir and along the border with Pakistan, which has resulted in the killing of a large number of terrorists here.

In view of the heightened security by the armed forces, the terrorists are finding it extremely difficult to infiltrate into the Indian side and execute their anti-India activities in Jammu and Kashmir.

Pakistan had warned that LeT and JeM are seeking to avenge the killing of their top operatives, including al Qaeda's India affiliate commander Zakir Musa, by the security forces in Kashmir during anti-terror operations.

Musa was an al Qaeda affiliate who was killed by the security forces in an encounter in Kashmir's Avanitipora. Musa had been the outfit’s head in Kashmir since July 27, 2017. He was earlier heading terror group Hizbul Mujahideen, after the killing of Burhan Wani in 2016.

In the wake of a warning from Pakistan, security has been tightened in all sensitive areas and near the border.

While surveillance and patrolling has been increased, the security agencies have been asked to remain on high alert mode.

The security arrangements for the annual Amarnath Yatra has also been reviewed.

According to Zee Media, the security agencies have decided to issue a 'barcode'-enabled authority slip to pilgrims to keep a track of their movement to and from the cave shrine.

The para-military forces, including Central Reserve Police Force (CRPF), have been asked to remain extra vigilant and to ensure full-proof security to the pilgrims going to the annual Amarnath Yatra, which is scheduled to begin from July 1.

This time, an enhanced number of upgraded RFID (radio-frequency identification) tags will be used on vehicles that will transport pilgrims and other civilians to and from the Amarnath Yatra.

Besides, the Centre has also decided to deploy about 40,000 central paramilitary and state police personnel to secure the 46-day annual yatra on the twin route - traditional Pahalgam track in Anantnag district and shortest Baltal track in Ganderbal district.

The annual pilgrimage to the holy cave shrine will conclude on August 15, the day Raksha Bandhan will be celebrated in the country.