This is the fourth consecutive day that Pakistani troops have violated the ceasefire violation. 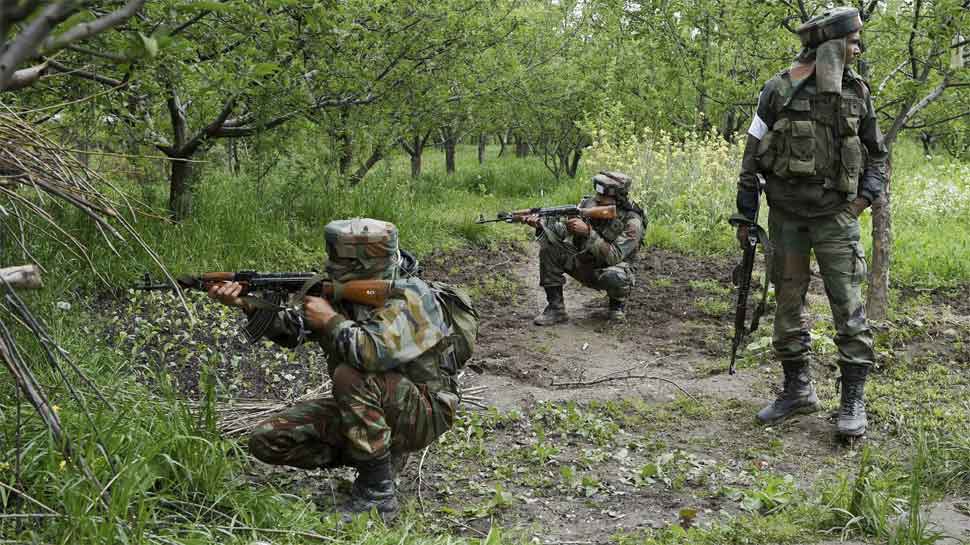 JAMMU: The Pakistani troops on Sunday resorted to unprovoked firing along the Line of Control (LoC) and the International Border in Akhnoor, Naushera and RS Pura sectors of Jammu and Kashmir. According to sources, the Border Security Force and the Army are strongly retaliating to the firing.

The Pakistani troops resorted to heavy shelling along the LoC, said a report. One civilian died and another has been injured in the firing today in Kanachak area of Akhnoor sector. This is the fourth consecutive day that Pakistani troops have violated the ceasefire violation.

Sepoy C K Roy, posted in a forward post in Mankote sector of Poonch district, was injured in Pakistani firing yesterday and succumbed to injuries at a military hospital last night, a police official said. His death raised the number of persons killed in the Pakistani firing along the Line of Control (LoC) and International Border (IB) in the five districts of Jammu, Kathua, Samba, Poonch and Rajouri since Thursday to 11.

The dead include six civilians, three armymen and two BSF personnel. A BSF jawan and a teenaged girl were killed on Thursday while four persons - two civilians and a BSF and an Army jawan - were killed and over 40 others, including two BSF personnel, injured in the Pakistani firing on Friday.

Three civilians and an Army jawan were killed and 16 others injured in the ceasefire violations yesterday. There was no report of firing by Pakistan along the international border in Jammu, Kathua and Samba districts last night, BSF and police officials said.

"The International Border was almost calm except a few rounds of shelling in Arnia sector last night," a BSF spokesman said. He said the firing from across the border stopped in Samba and Kathua districts in the afternoon but intermittently went on in some areas of Jammu district.

The last few mortar shells landed in Arnia sector around 10 pm yesterday without causing any damage. There was no report of Pakistani firing from anywhere during the night, he said.

A police official said barring Shahpur sector, the LoC in the twin districts of Poonch and Rajouri also remained calm as there was no major ceasefire violation by Pakistan since last evening till this evening. Small arms firing from across the border wss, however, reported from Shahpur sector of Poonch for a few hours till 4 am, but there was no casualty, he said.

He said the authorities are keeping a close eye on the situation and rushed police teams to affected areas to ensure prompt assistance to the people. People were asked to stay indoors and not to touch any suspicious object as it could be an unexploded mortar shell, he said. The firing has forced thousands of people to flee their homes and take shelter in rehabilitation camps or with their relatives.