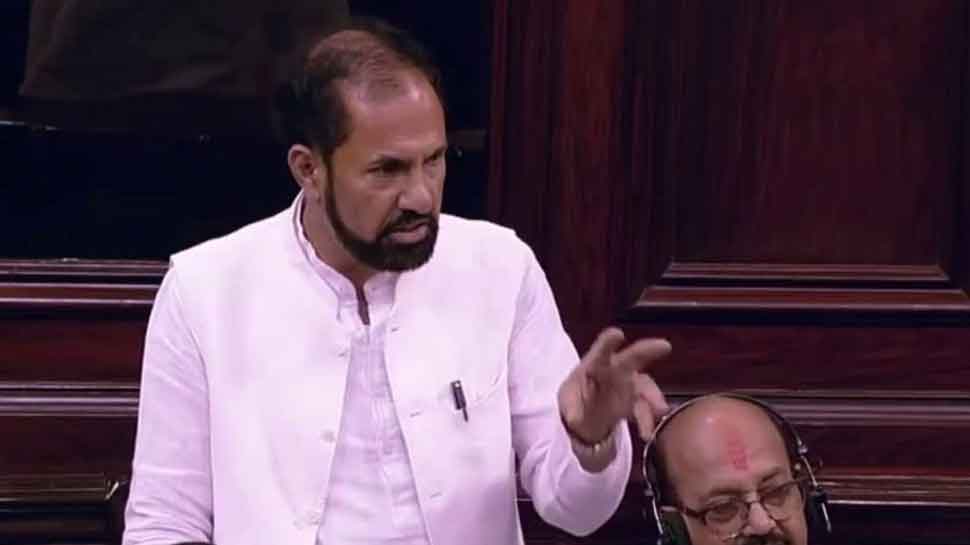 "Nazir Ahmed Laway has been expelled from the basic membership of the party," a PDP spokesman said in a statement.

The decision has been taken in view of the MP`s participation in the oath ceremony of newly-appointed Lieutenant-Governor of Jammu and Kashmir, which is in contravention to the party`s stand regarding the current political situation in Jammu and Kashmir after the revocation of its special status under Article 370 of the Constitution.

G C Murmu was on Thursday sworn in as lieutenant governor (L-G) of Jammu and Kashmir.

However, this is not for the first time that Laway has gone against the directives and instructions of the party.

Prior to this, Laway had abstained from voting against the triple talaq bill in Rajya Sabha this year.

Laway had torn a copy of the Constitution, along with PDP MP Mir Mohammed Fayaz, on August 5 before Union Home Minister Amit Shah laid the Jammu and Kashmir Reorganisation Bill in Rajya Sabha.