Pilgrims stopped in Jammu due to heavy rush for Amarnath yatra

Over one lakh pilgrims have already visited the shrine during the yatra which began on July 1. 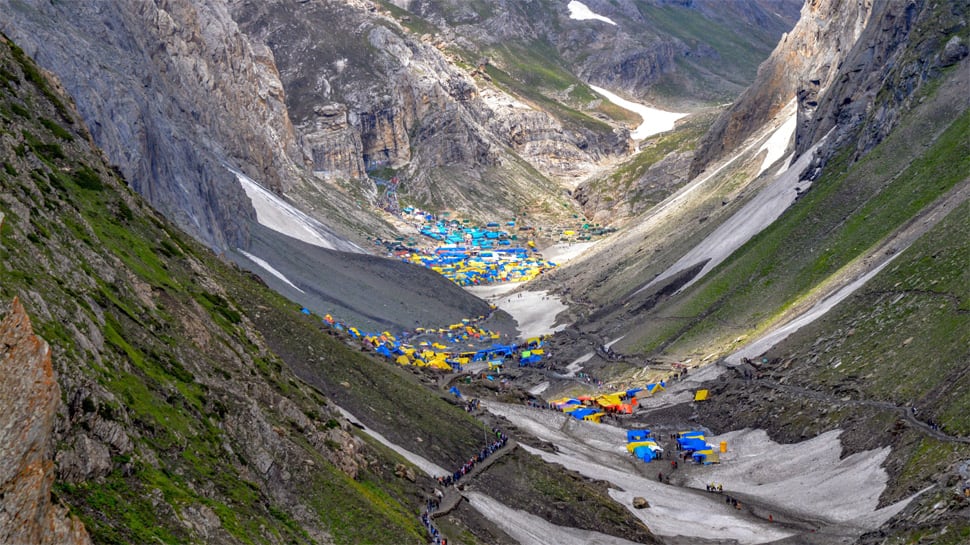 Due to heavy rush for Amarnath yatra, pilgrims have been stopped at the Jammu base. The next batch of pilgrims is not being allowed as there are already a lot of pilgrims on the Baltal and Pehalgam route and more cannot be accommodated.

Over one lakh pilgrims have already visited the shrine during the yatra which began on July 1. The 45-day long yatra will end on August 15, coinciding with the Shravan Purnima festival.

Jammu and Kashmir Governor Satya Pal Malik had on Sunday said the annual Hindu pilgrimage has been possible with the support and assistance of the local Muslims.

Malik also asked people to bear with the curbs imposed on civilian traffic on the national highway for two hours daily as it concerns the safety and the security of the pilgrims. "You know what happened on the national highway on February 14 this year," Malik said while he referred to the terror strike on the CRPF convoy in Pulwama district in which 40 troopers were killed.

However, former Jammu and Kashmir Chief Minister Mehbooba Mufti said that the day-to-day lives of locals are being adversely affected due to the security for Amarnath yatra. Stating that locals are being inconvenienced by the yatra, she said: "Amarnath Yatra is taking place since years. But unfortunately, the arrangements done this year are against the people of Kashmir. It's causing a lot of trouble in day-to-day lives of local people," she was quoted as saying by news agency ANI.

The arrangements put into place for pilgrims have been extremely exhaustive with special focus on security arrangements. While the Central Reserve Police Force (CRPF) and Jammu and Kashmir Police is primarily in-charge for security, personnel from the Indian Army and Border Security Force have also been deployed on the two routes.