Addressing an election rally here, Modi said there were media reports that Abdullah has stated there should be a separate Prime Minister for Kashmir. 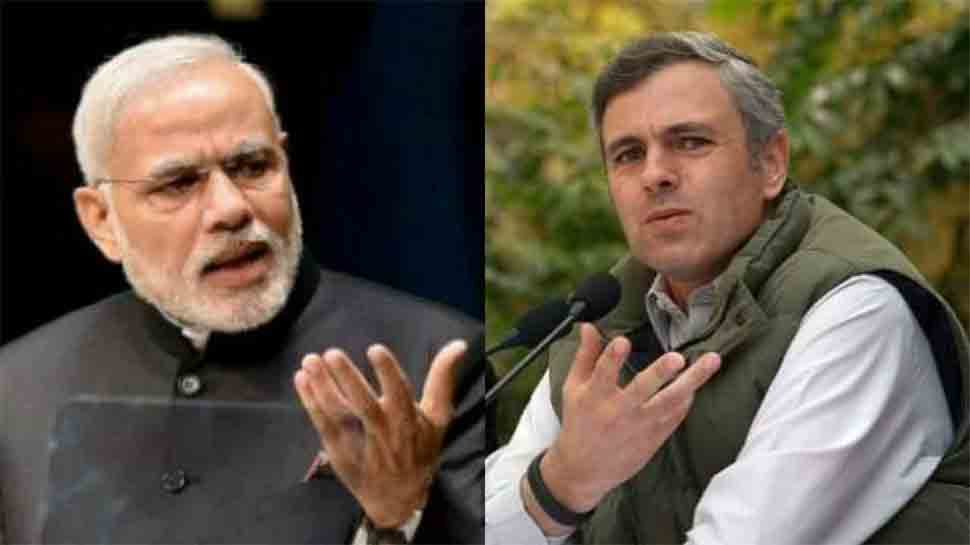 Hyderabad: Prime Minister Narendra Modi on Monday hit out at National Conference leader Omar Abdullah over his reported statement seeking a separate Prime Minister for Kashmir and asked the Congress and Mahagatbandhan leaders to make clear their stand.

Addressing an election rally here, Modi said there were media reports that Abdullah has stated there should be a separate Prime Minister for Kashmir.

"Two Prime Ministers for Hindustan? Do you agree with it? Congress has to answer and all the 'Mahagathbandhan' partners have to answer. What are the reasons and how dare he say that", he said.

"I want to ask Bengal Didi who shouts a lot, do you agree with it? answer the people. U-turn (Chandrababu) Babu with whom Farooq Abdullah campaigned recently in Andhra Pradesh. Do you think Naidu should get votes?

NCP's Sharad Pawar and former Prime Minister H D Devegowda, whose son is Karnataka CM, should also answer. Would you like to go with them (Mahagathbandhan) or break away from them?", Modi said.

On the vexed Kashmir issue against the background of BJP leaders favouring abrogation of Article 370, Abdullah had mentioned about J&K having a separate Prime Minister years ago and whether it needed to be restored to protect the state's identity.