Two policemen were injured in the incident. 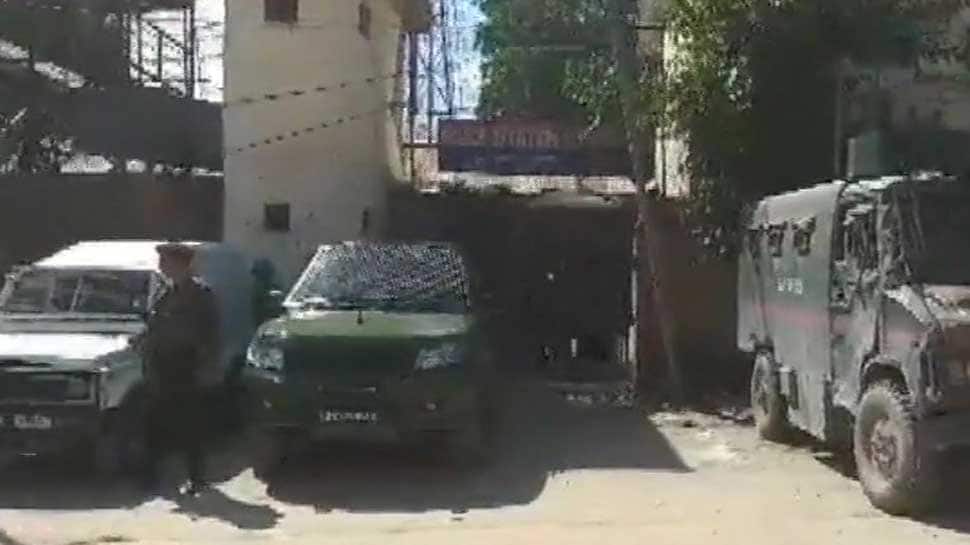 JAMMU: Some unidentified terrorists on Friday lobbed a grenade at a police station in Jammu and Kashmir's Sopore.

Two policemen were injured in the incident and some official vehicles parked outside the police station were partially damaged.

The attacker fled from the scene soon after throwing the grenade at the police station.

Both the injured policemen have been shifted to a hospital for treatment.

As the news spread, additional forces were rushed to the spot and the entire area has been cordoned off.

A hunt has been launched to nab the terrorists.

In a related incident, Indian Army and the Jammu and Kashmir Police recovered a cache of ammunition from the cowshed of a house during a search operation in Bhaleesa area in Doda on Thursday night. A case has been registered under the Arms Act and one person was arrested.

Earlier on Friday, the security forces arrested four spies-turned-terrorists from Doda, Udhampur and Kathua in Jammu area of Jammu and Kashmir, foiling a terror plot being hatched by Pakistan’s ISI and Hizbul Mujahideen. They were arrested by the forces while doing a video recording of military installations in Jammu area.

The arrested suspects were being handled by Colonel Iftikhar Ahmed of Pakistan’s ISI.