The house in which the terrorists were holed up was blasted by security forces. 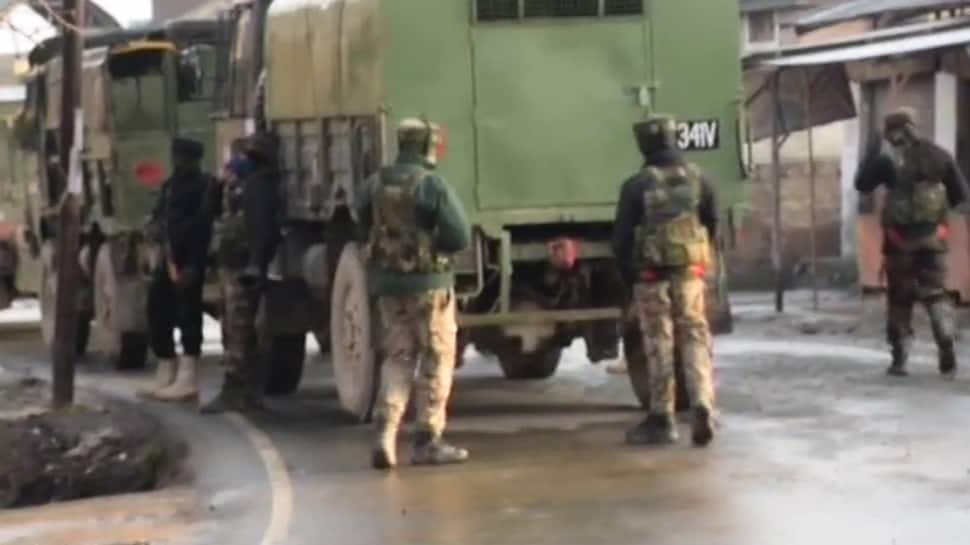 Top Jaish-e-Mohammed operative Abdul Rashid Ghazi alias Kamran, who is said to be the mastermind of the Pulwama suicide bombing, is believed to have been killed in an ongoing encounter between terrorists and security forces in Pinglan area in Jammu and Kashmir's Pulwama district. At least two terrorists had been trapped by security forces in a house. As per sources, security forces have blasted the house in which the terrorists were holed up.

Security forces believe that all terrorists who were trapped in the house have been killed. However, their bodies are yet to be recovered.

Four soldiers, including a Major, have also been martyred in the ongoing encounter between terrorists and security forces in Pulwama, say sources. A civilian was also reportedly killed but there was no confirmation so far.

#ArmyCdrNC and all ranks salute the supreme sacrifice of our brave officer and soldiers & offer deepest condolences to the families. @adgpi @PIB_India @SpokespersonMoD pic.twitter.com/qo8TzBJF89

Security forces had launched a cordon and search operation in Pinglan area of Pulwama district of south Kashmir on the intervening night of Sunday and Monday after receiving inputs about the presence of terrorists in the area. As the forces were conducting searches, the terrorists fired upon them, triggering off a gun battle.

In view of the terror attack and amid the ongoing encounter, top officials are meeting at the Home Ministry in Delhi for a high-level meeting.

Kamran is believed to have done the overall planning of the Pulwama terror strike in which a suicide bomber killed 40 personnel of the Central Reserve Police Force (CRPF). Kamran had been operating and moving in the Pulwama, Awantipora and Tral areas of south Kashmir. According to initial investigations, the plan for Pulwama terror strike was hatched in the Midoora area of Tral.

Encounter underway in Pinglan in Jammu and Kashmir's Pulwama: What we know so far