The inter-Kashmir valley train service was suspended following the abrogation of article 370 on August 5. 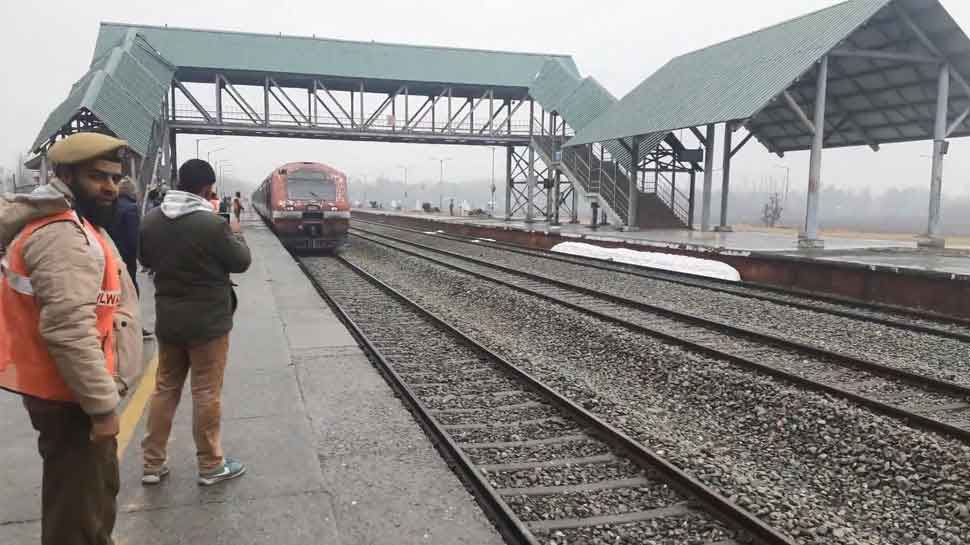 Srinagar: Rail services in Kashmir have resumed between Srinagar and Banihal in south Kashmir on Sunday. The service between Srinagar to Baramulla was resumed after the trial run on the same route was done on Saturday.

The trial runs were conducted as the railway line passes through the restive and insurgency-hit regions concentrated in South Kashmir, making the safety audit for the resumption of rail services a must to avoid an untoward or tragic mishap.

The rail services between Srinagar and Baramulla had partially resumed on November 12. The inter-Kashmir valley train service was suspended after the Centre scrapped Article 370 of the Constitution that granted special status to Jammu and Kashmir and bifurcated the state into Union Territories of Jammu and Kashmir and Ladakh.

The Valley schools have remained affected since the abrogation of Article 370 on August 5. Private transport, private cabs and auto-rickshaws are now visible on roads in large numbers, a few mini-buses have also started plying on some routes, according to the officials. However, pre-paid mobile phones and all internet services continue to remain suspended.

According to sources, the Home Ministry decided to keep suspended internet services for now in view of Pakistan's intensified and insidious efforts via social media to foment popular anger against the Indian government and administration.

Some of these fake video messages have gone viral. One of the videos is of an apple tree being cut down in Himachal. But the video is being shared with an Urdu caption alleging that apple trees are being chopped down en mass in Jammu and Kashmir by the government following revocation of Article 370, in an effort to instill fear among the people. Apple orchards are a major source of revenue for the people of J&K.