In an attempt to connect with the J&K youth, the Centre has decided to give 3000 jobs to migrants from Kashmir valley. 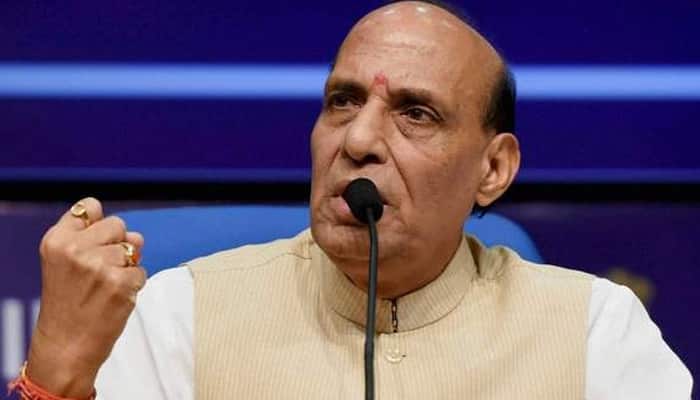 Srinagar: Home Minister Rajnath Singh on Tuesday announced that the government has allocated a package of Rs 2000 crores for rehabilitation of displaced persons from the area of Jammu and Kashmir occupied by Pakistan.

The money would be provided to displaced persons from POJK through Aadhar system.

In an attempt to connect with the J&K youth, the Centre has decided to give 3000 jobs to migrants from Kashmir valley.

Singh confirmed that Rs 1080 crore have been sanctioned to the state under this.

“We have adopted a humane approach towards migrants and displaced people, but are strongly against illegal immigration,” Singh announced.

Union Home Minister Rajnath Singh on Monday sought to address the concerns over the legal challenge to the Constitution's Article 35A by stating that the Narendra Modi government would do nothing that would go against the aspirations of Kashmiri people while also asserting that he was ready to come here and meet anyone to bring peace to the state.

Singh, who is on a four-day visit to Jammu and Kashmir since September 9, told reporters here that the tree of peace in Kashmir has not dried up and that a permanent solution to Kashmir issue is based on five 'C's -- compassion, communication, coexistence, confidence building and consistency.