In a tweet, the Kashmir Zone Police said, '''the slain terrorist has been identified as Aijaz Malik of Hizbul Mujahideen.'' 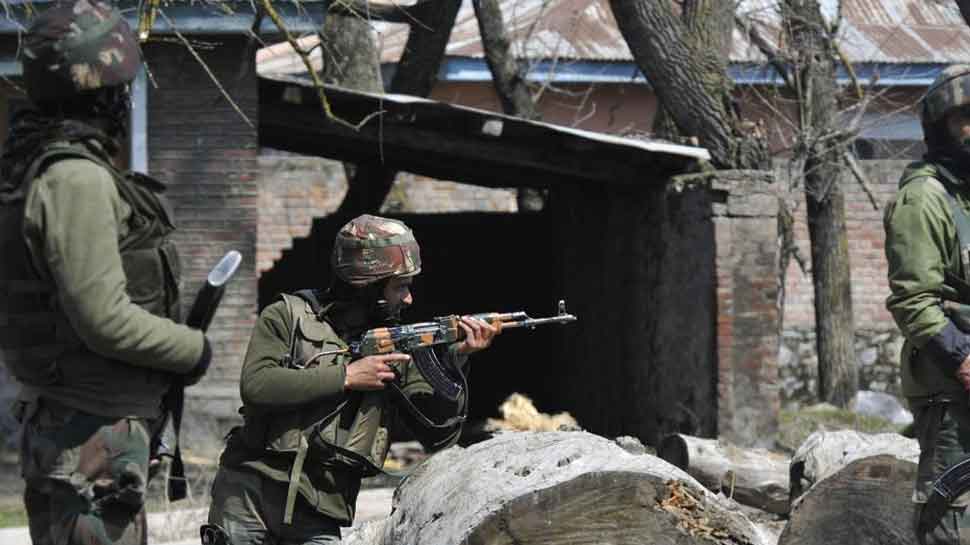 JAMMU: Jammu and Kashmir Police on Wednesday said a terrorist, who had shot dead a truck driver in Jammu and Kashmir's Anantnag district and was killed by security forces on Tuesday in Anantnag, has been identified.

In a tweet, the Kashmir Zone Police said, '''the slain terrorist has been identified as Aijaz Malik of Hizbul Mujahideen.''

''He was active since 2018 and was involved in the killing of a truck driver at Bijbehara,'' it said adding that ''this establishes the complicity of Hizbul in the terror crime.''

Killed #terrorist identified as # Aijaz Malik of Hizbul Mujahideen. Was #active since 2018. Involved in the #killing of truck driver at #Bijbehara. This establishes #complicity of Hizbul in the terror crime. @JmuKmrPolice https://t.co/hJJpJdv9mm

Some Hizbul terrorists, including Aijaz Malik, had on Monday evening attacked a truck driver in Kanelwan area of Bijbehara town of the district and killed him.

Soon after the incident, the security forces started an operation which continued throughout the night in the area where the truck driver was killed.

According to sources, two other terrorists somehow managed to escaped from the operation site.

The killing of the truck driver was the fourth such attack on a non-Kashmiri by terrorists in the south Kashmir after the abrogation of Article 370 on August 5.

The truck driver was identified as Narayan Dutt of Katra in Jammu.

According to police, the truck driver was waiting in Kanelwan area, which is 10 kilometres away from the Jammu-Srinagar highway, when the terrorists opened fire at him.

Earlier, truck drivers Sharif Khan and Ilyas from Rajasthan were shot dead by terrorists in Shopian district. In another attack, the terrorists had killed an apple trader and injured his associate in an attack in Shopian.

In Pulwama, a daily-wage worker from Chhattisgarh was also shot dead by terrorists.

Earlier on Monday, at least 19 people got injured in a grenade attack by terrorists near a bus stand in Jammu and Kashmir's Sopore.

The grenade blast took place near Hotel Plaza at 4:15 pm. It is learnt that three people have sustained serious injuries, while the rest are in stable condition. Troops of 179 Battalion of CRPF  reached the location and cordoned off the area.