Bukhari, the editor-in-chief of local daily Rising Kashmir, was assassinated outside his office at press enclave in Srinagar. 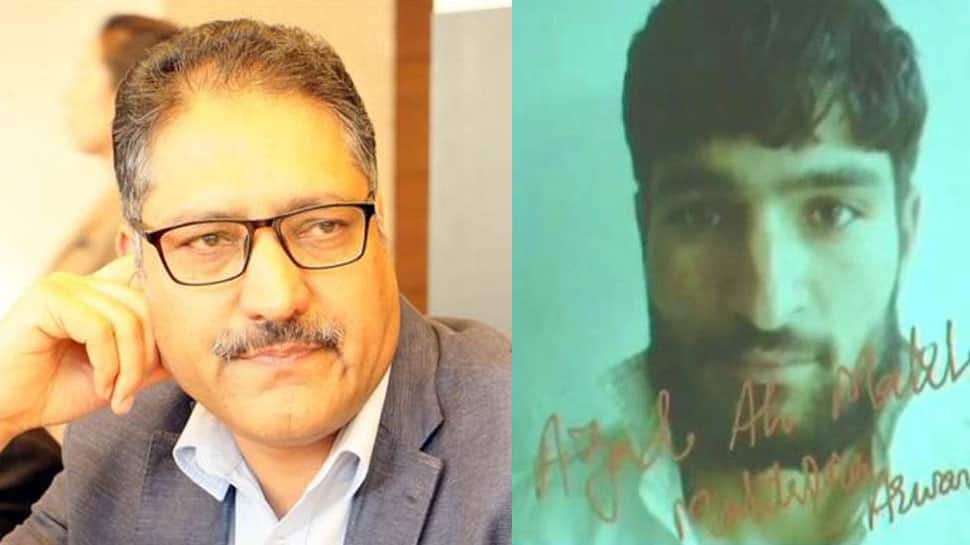 SRINAGAR: One of the three terrorists killed in the Anantnag encounter on Friday morning was accused of assassinating senior Kashmiri journalist Shujaat Bukhari.

Malik was one of the six terrorists killed in the encounter that broke out between terrorists and security forces in Sekipora area of Bijbhera in South Kashmir's Anantnag district in the wee hours of Friday. Indian Army`s 3 Rashtriya Rifles (RR) and state police jointly conducted the operation. The other five terrorists neutralised in the encounter were identified as Unais Shafi, Shahid Bashir, Basit Ishtiyaq, Aqib Najar and Firdous Najar.

Bukhari, the editor-in-chief of local daily Rising Kashmir, was killed on June 14 by three men outside his office at press enclave in Srinagar. Two of his personal security officers were also killed in the attack.

Hours after the sensational killing, police had released CCTV grabs of the three attackers, who were riding a motorcycle. While one of the attackers was wearing a helmet, the other had worn a mask.

State police later released the names and pictures of four people – Malik, Muzaffar Ahmad, Naveed Jutt and Sajad Gul – as the accused in the Bukhari's assassination.

Malik, Ahmad and Jutt were identified as LeT terrorists while gunman Sajad Gul was a Kashmiri based in Pakistan.