The police recovered incriminating material including arms and ammunition and live rounds from the possession of terrorists. 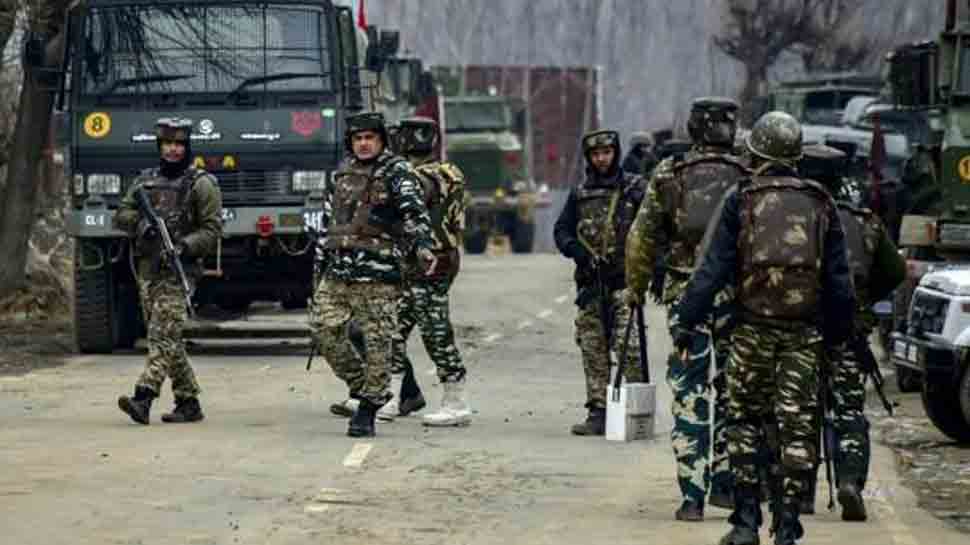 New Delhi: The Jammu and Kashmir Police on Sunday arrested three terrorists affiliated to terror outfit Jaish-e-Mohammad near a check-point at Narabal on the Srinagar-Baramulla Highway. The arrests were made based on credible input.

The police have recovered incriminating material including arms and ammunition and live rounds from their possession. A case has registered on the matter.

"Three car-borne terrorists affiliated with proscribed terror outfit JeM (were) arrested by police and security forces at Lawaypora (on Srinagar-Baramulla road) (based) on a credible input today," a police spokesperson told PTI. The terrorists were identified as Rayees Hurrah, Shahid Bhat and Ishaq Lone, officials added.

On Friday, the security forces gunned down two Jaish-e-Mohammed (JEM) militants during an encounter in Shopian district. An army official said that the security forces launched a cordon-and-search operation in the Imam Sahib area of Shopian in south Kashmir following information about the presence of militants there.

The official said that the militants opened fire at the security forces, who retaliated, triggering a gunfight. According to the official, both slain terrorists were involved in several atrocities against civilians and police personnel, including the recent killing of a woman SPO in Shopian.

On Thursday, two Jaish-e-Mohammad militants were killed in a separate encounter with security forces at Kalantara in Baramulla district, while three security force personnel, including an officer, sustained injuries during the operation.

A police spokesman said while one of the slain militants was Amir Rasool, a resident of Sopore, the other slain ultra was a Pakistani national.

Soldier killed, another injured in cylinder blast inside camp in Jammu and Kashmir's Kathua