The development comes hours after another three terrorists were neutralised during an encounter in the Naranag village of Ganderbal district. 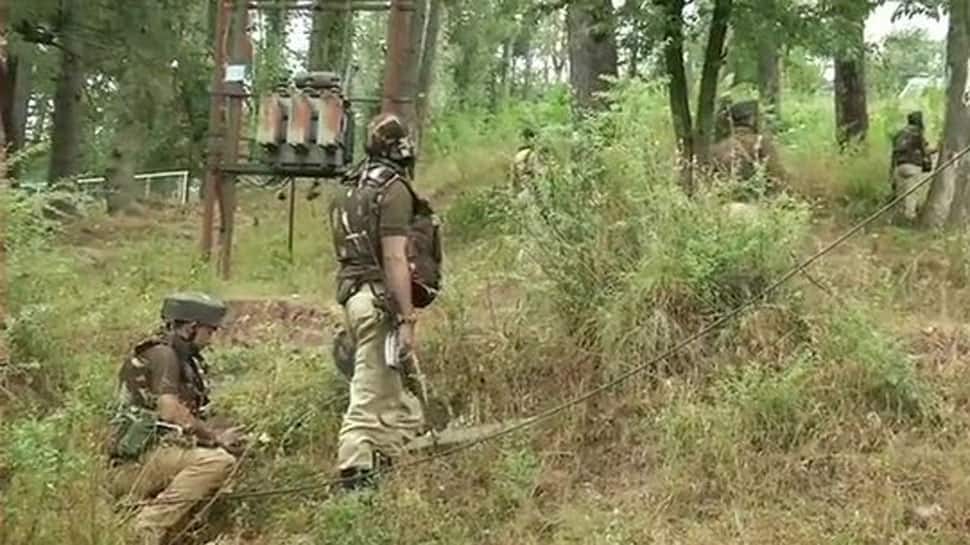 New Delhi: In a major development, security forces on Saturday killed three terrorists in Batote area of Ramban district of Jammu and Kashmir. Two Army jawans were also injured in the gunbattle.

The development comes hours after another three terrorists were neutralised during an encounter in the Naranag village of Ganderbal district earlier today.

Confirming the report, the Jammu and Kashmir Police told ANI, "A group of 5 terrorists trapped in Batote town of Ramban district of Jammu Zone. Joint parties of Police, Army, and CRPF cordoned the area and exchange of fire ensues. Trapped terrorists had fired on a security team in the morning and tried to escape."

Meanwhile, heavy firing is underway between the terrorists and security forces in Batote. The fire exchange took place this morning when forces suspected two individuals and tried to stop a civilian vehicle in Batote.

In a  separate incident, terrorists, believed to be two to three in number, barged into a cable operator's house in Batote area of Ramban district and took his elderly father hostage during an encounter with security forces today. A heavy fire exchange is underway between the two sides. The Director-General of Police, however, has claimed that all the hostages have been rescued.

The incident took place after the terrorists attacked an Army patrolling party in the area and hurled grenades. After which, security forces carried out search operations and cornered terrorists in the Main Market.

At around 7:30 am, the terrorists tried to stop the civil vehicle at Batote on National Highway (NH) 244.

Two grenade attacks and one encounter have been reported from across the state on Saturday.

The first grenade attack happened in Batote. The second was reported from Srinagar where terrorists attacked a CRPF convoy.

In the third incident, an encounter broke out in Naranag village of Ganderbal district, in which three terrorists were killed. The initial investigation revealed that all three terrorists belonged to a foreign land. Huge cache of arms and ammunition were also seized by the forces from the spot.

The whole area was cordoned off and a massive search operation was launched. The traffic movement was also stopped in the area as a precautionary measure following the incident.