One AK rifle and one Self-Loading Rifle (SLR) recovered has been recovered. 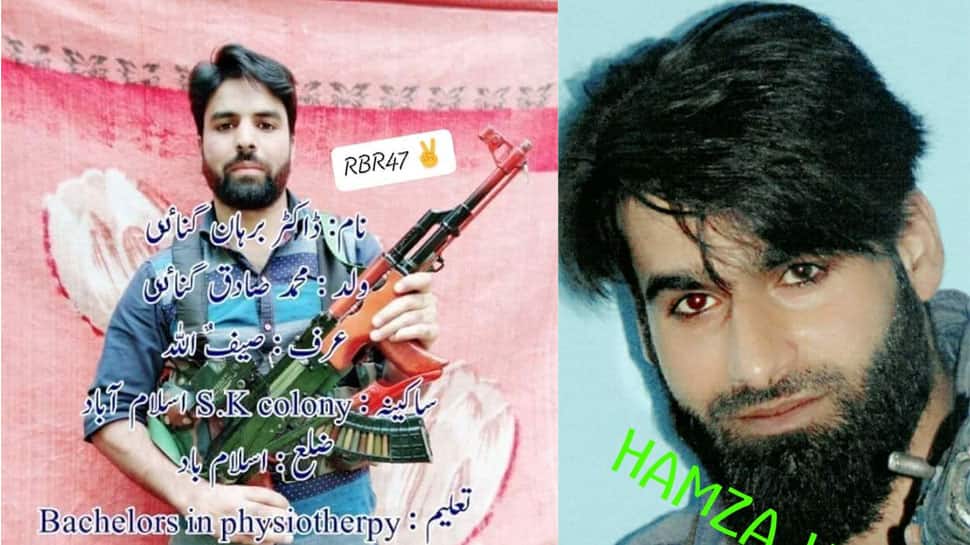 SRINAGAR: Two Hizbul Mujahideen terrorists died in an encounter with security forces on Thursday in Jammu and Kashmir's Anantnag district.

The terrorists were identified as Safder Amin Bhat (25) and Burhan Ahmad Ganie (25). Bhat, a Class 9 passout, joined Hizbul Mujahideen in May 2017. Ganie, also know as Saifullah, was pursuing Bachelor of Physiotherapy and had been a member of the terror outfit since June 2018.

Based on credible intelligence inputs, local police and security forces launched a joint cordon and search operation in Bagender Mohalla of Bijbehara area in South Kashmir's Anantnag district in the wee hours of Thursday. During the search operation, terrorists opened fire on the forces who retaliated back leading to an encounter.

One AK rifle and one Self-Loading Rifle (SLR) recovered has been recovered from the site. Police have registered a case in the matter.

Police warned citizens not to venture inside the encounter zone as exposure to explosive materials can prove dangerous. "People are requested to cooperate with police till the area is completely sanitized and cleared of all the explosive materials if any," they added.

The development comes a day after official released names and information of 10 militants, who crossed over to Pakistan, set up businesses across the border with the aid of the ISI and were involved in funnelling weapons, narcotics, fake currency to terrorists and funds to separatists in Jammu and Kashmir through the recently suspended cross-LoC trade.