Engine of Delhi-bound Vistara flight catches fire before take off at Ranch airport, all safe

The plane was then taken off the runway and grounded. 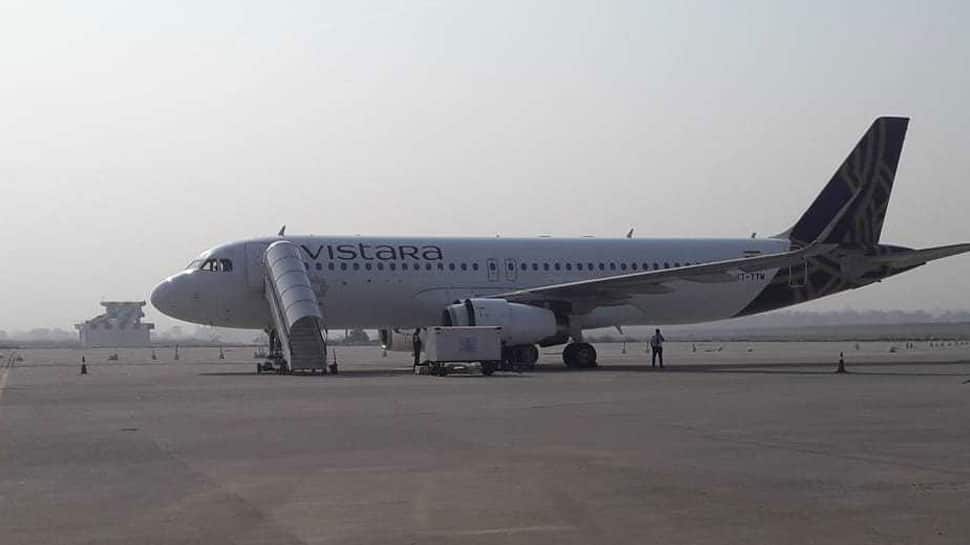 RANCHI: The engine of a Delhi-bound Vistara flight allegedly caught fire just minutes ahead of its scheduled take off at the Birsa Munda Airport in Ranchi on Thursday evening.

According to reports, the alleged fire on the engine of the Vistara flight no. UK754 was reported around 8.30 pm after which the airport security staff was alerted.

The alleged fire was spotted by one of the two pilots, who immediately switched off the plane's engine to prevent any untoward incident.

All 153 passengers travelling onboard the Vistara flight were immediately deboarded and made to rest at the airport lounge.

The plane was then taken off the runway and grounded for some time.

It was later examined by the experts.

''Flight UK 754 has been delayed due to technical reasons,'' Vistara said in a tweet.

#TravelUpdate Flight UK754 from Ranchi to Delhi has been delayed. Please get in touch with our airport staff for any assistance. Stay tuned for updates.

The affected passengers were later flown to Delhi in another plane.

The airline later informed that flight no. UK754 has departed Ranchi at 3.48 am and arrived in Delhi at 5.51 am.

However, Vistara issued a statement clarifying that the flight was aborted due to a technical fault and added that "any reports suggesting otherwise are false and baseless".

“Vistara clarifies that flight UK 754 operating Ranchi-Delhi on 21 February 2019 aborted a Take-Off due to a Technical Fault. In the interest of safety, the flight returned to bay for inspection and rectification. All customers and crew were deplaned and a ferry flight was arranged for them to travel to Delhi a few hours later. Meanwhile, customers were provided refreshments and all the necessary support as they waited to board the ferry flight. The aircraft underwent thorough checks and is now back in service. Vistara places the safety of its customers and crew as its top-most priority and does not compromise on any aspect of it. Vistara also clarifies that news reports suggesting the incident otherwise or projecting it in any other manner are false and baseless.” said Vistara spokesperson.