PM Modi, who is in Jharkhand, inaugurated a slew of development projects. 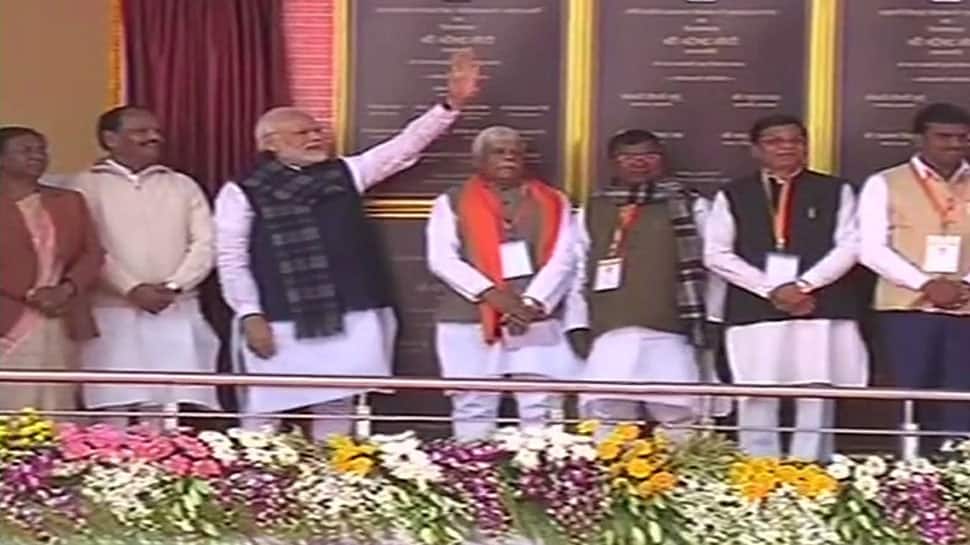 Slamming the former UPA government over delay in completion of projects, PM Modi said, "There wouldn't have been a need for farmers to take loans had the previous Congress government completed the projects that were meant to benefit farmers. First they forced farmers to take loans, now they're misleading them in the name of loan waivers."

PM Modi, who is in Jharkhand, inaugurated a slew of development projects. He will proceed to Odisha later in the day. As the countdown for 2019 Lok Sabha polls has begun, the ruling BJP is leaving no stone unturned to ensure a significant win in the upcoming general elections.

The Prime Minister unveiled a plaque to mark the laying of foundation stone for the revival of North Koel (Mandal Dam) project and Kanhar stone pipeline irrigation system. He also inaugurated the collective e-griha pravesh of 25,000 beneficiaries under Pradhan Mantri Awas Yojana through video conferencing.

With a focused strategy to win new territories and retain power, the Prime Minister is expected to hold at least 100 rallies ahead of the general elections. He kick-started addressing rallies on Thursday from Punjab's Gurdaspur.