Man young man, Bablu got his hand fractured on Tuesday while he was trying to catch a parrot on a 40-feet high tree. 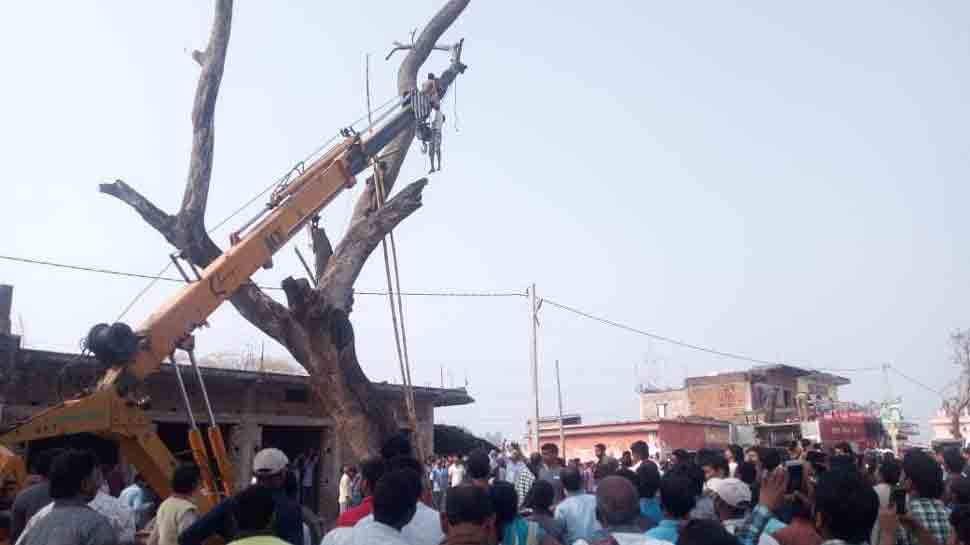 New Delhi: A man in Jharkhand faced a hard time after he climbed on a 40-feet high tree to catch a parrot. However, little did he know that he would be left with a broken wrist.

On Tuesday, at around 8 in the morning in Gadhwa, Jharkhand, the man, identified as Bablu, a nomad, climbed on a tree to catch the parrot. However, he got his hand stuck inside the tree trunk hole while he was trying to retrieve the bird. As soon as he yanked his hand in order to get it free from the hole, he lost his balance from the branch he was standing on, following which he slipped and got hanged from the tree. During this process, his hand, which was stuck in the trunk hole, suffered a fracture.

When the locals heard Bablu screaming from the tree, they immediately informed the Meral police station. Soon, the fire brigade team was also called at the site after which the man was brought down and was immediately rushed to a nearby hospital for treatment.

A huge crowd had arrived at the site to see him hanging from the tree.