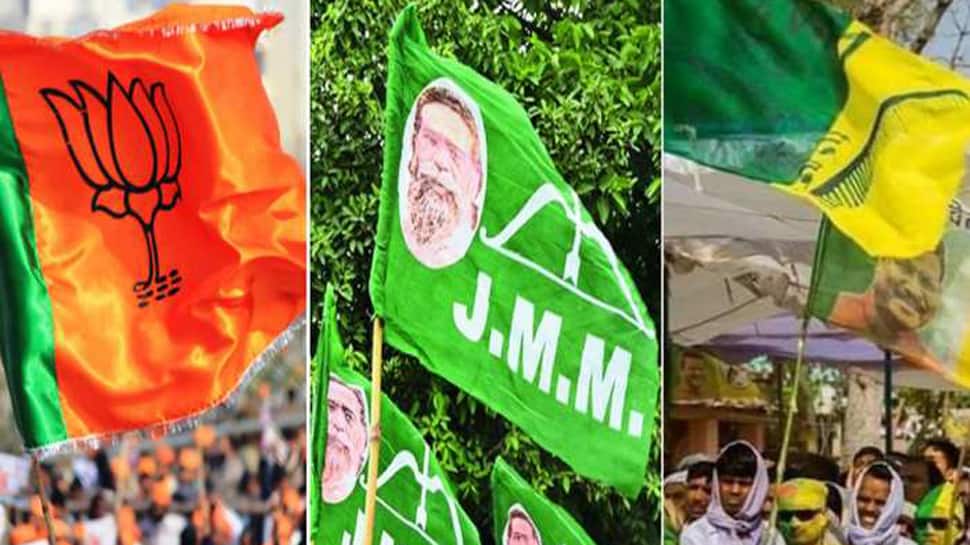 A day ahead of the first phase of the Jharkhand assembly election, the security was tightened on Friday in the state. Thirteen of the 81 Assembly constituencies in Jharkhand will vote on Saturday (November 30). The election will be held in five phases--November 30, December 7, December 12, December 16 and December 20 and the counting of votes will take place on December 23.

The campaigning ended on Thursday evening. On the last day of the campaigning, Union Home Minister and BJP president Amit Shah addressed two rallies at Chatra and Garwah and criticised the Congress for delaying abrogation of Article 370 and the Ram temple dispute resolution.

In the last assembly election, the BJP had won six of these 13 seats, but now with the Congress-RJD-JMM alliance posing a tough fight, the ruling party is facing a dificult situation to retain the last tally.

The JMM (Jharkhand Mukti Morcha), INC (Indian National Congress and the RJD (Rashtriya Janata Dal) had announced a pre-poll alliance in the state. JMM will contest 43 seats, Congress will contest on 31 setas and RJD will contest on 7 constituencies.

Addressing an election rally in Chatra on the last day of the first phase of the election, Union Home Minister Amit Shah said that Jharkhand did not come to existence as long as there was Congress government at the Centre and was formed only when BJP came into power. Amit Shah said, "In the last five years itself, the BJP government has set up industries in Jharkhand, laid a network of roads, gave houses to the poor, provided toilets, gave assistance to farmers and gave many schemes to the people of Jharkhand."

The Election Commission has also put a ban on Exit Poll for the period between 7 am on November 30 and 5.30 pm on December 20. During this period, the EC said, "Conducting any exit poll and publishing or publicizing the result of exit poll by means of the print or electronic media or in any other manner shall be prohibited in the ongoing General Election to the Legislative Assembly of Jharkhand, 2019."

The fate of 189 candidates will be decided by 37,83,055 voters in this phase. The maximum number of candidates, 28, are contesting the Bhavanthpur seat. The prominent names in this round of vote include, Health Minister Ramchandra Chandravanshi, Congress state chief Rameshwar Oraon and former Minister and BJP's Bhanu Pratap Shahi.